The Covid is rampant even in the Premier League. After the stop of Monday in the match Everton-Manchester City, to the source of the fire lit in the team of Gua 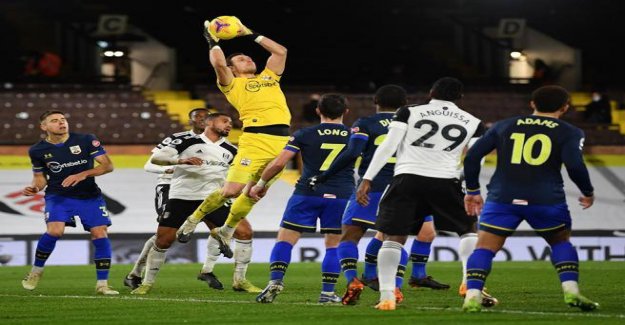 The Covid is rampant even in the Premier League. After the stop of Monday in the match Everton-Manchester City, to the source of the fire lit in the team of Guardiola, is now postponed as the match Tottenham-Fulham, valid for the 16/a day. In a statement, the League explained that "the Premier League has informed us of the decision this afternoon, with Fulham who has asked for the postponement, given the number of positive cases for Covid-19 between its players and staff". After the last screening, in the Premier League there are 18 cases on 1475 tests. These days he is considering the suspension of two weeks of the entire championship.

best wishes for The Tottenham

Tottenham has not even taken in consideration the hypothesis to challenge the postponement of the race, on the contrary, he sent "best wishes to Fulham for a speedy and safe recovery to all those affected". A few hours before, the coach of Tottenham Jose Mourinho had expressed irritation most to the uncertainty that weighed on the match and for the possibility that it was postponed. With a post on Instagram, has released a small dose of his well-known sarcasm: "the Match at 18.00... And we still don't know if we are going to play. The best league in the world", in the words of the Special One. Meanwhile, the manager of West Bromwich Albion Sam Allardyce has asked for the championship to be suspended because of the increase in infections from Covid-19 on the island, where on Wednesday you are registered 53mila cases in a single day, while spreading a new variant is still the most contagious. Today there are three, including Tottenham-Fulham, match of the English sent: December 4 last year Aston Villa-Newcastle and on the 28th of December, the already mentioned Everton-Manchester City.

5 Fun Ways to Improve Your BJJ Skills at Home