In many ways, the third season finale of Showtime's"The Chi" ended on a hopeful note. 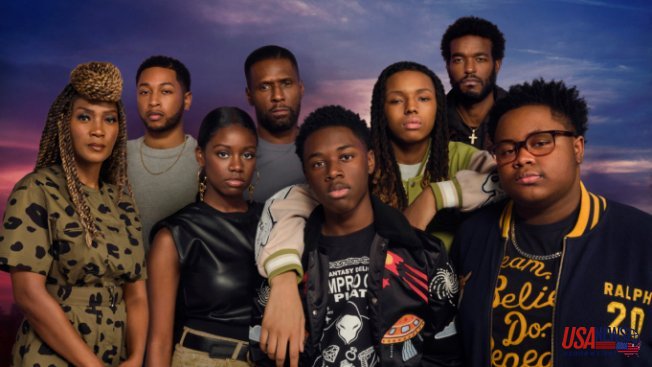 Nevertheless, the fourth season premiere flipped lots of this on its side.

Kicking things off with a montage set one month later on from the rest of the events of this premiere, Kiesha was yelling in labour pains during at a water birth; Emmett was hiding from some hidden person banging on his bathroom door; Jake betrayed his close friend Kevin (Alex R. Hibbert) and Otis got shot.

With just a glimpse of what was to come,"The Chi" then snapped its characters back to start to show how they got to these points, such as showcasing Kiesha meeting the potential adoptive parents of her unborn infant; Emmett sweating with fear that his father (Rolando Boyce) might spill the beans into his new wife he cheated on her; Jake and Kevin being stopped by cops on their way home from school, leading to Jake being thrown into the floor, beaten and handcuffed in a hospital bed, and Otis creating a range of threats, including against the police who harmed Jake.

What made you want to begin this year marginally in the future and flash back, and at what point will the show catch until the events of the premiere opening?
Everything that occurred in that first sequence happens in Episode 5. This series always has an element of mystery to it and we felt like using the characters that we had and the places they had been at, what was the most fascinating thing which could happen? This is the most effective man in town and also on the roads and if someone were to do something to that individual, what would be the end result of that? We want to show the way these political policies influence all of our characters and additionally, there are a great deal of people that have an excuse to do so to him so we want people to be on that travel to wonder who potentially did this and then, we wanted it to catch up in Episode 5, so after this happens it is the B-side.

For the viewers that now can't stop looking for hints as to who shot Otis and , how especially seeded are the replies in the episodes leading up to the fifth one?
We intentionally want the audience to participate and to speculate. That's how I love to watch TV, so it's possible to assume and you may be right or you may be wrong. The same as last season, there was that assumption of,"Oh I feel this individual has Kiesha" or"I believe individual as Kiesha" and you see how it works out from that point. He rubs a lot of people the wrong way and a lot of people have reason to do this, and so that's also what got us excited about this thought. He's just pissing so a lot of individuals off.

It's also a massive power move to try and take somebody like that down.
Absolutely. There is undoubtedly also that side of it also since there's a lot of political jockeying that's occurring.

You already touched on what Kiesha went through last season, and so much in this season she seems to just be powering through the pregnancy and being pretty frank with Kevin about her mental condition when she came home. Just how much recovery will she really continue to do this season?
She has certainly still got a great deal of work to do, but she's wanting people to believe she's OK because what actually gets to her is the sympathy. It does not feel real for herit makes her feel like a victim. Even though she is a victim, she is attempting to locate strength and exhibit strength so people will believe she is OK but she's not. She's got a long, long way to go. And a lot of this year is about trying to get to some place of acceptance by which she is not going to be the exact same but the new version of her could be amazing.

How active are her attempts to get to that location, though?
Not busy in the feeling of therapy, but definitely at the feeling of being put in situations where she has to work through things and realize that,"Oh OK, if I am ever going to get into a place of becoming whole I could be, I need to work on this or I need to consider it or accept this." We only wanted to play it as honest and as real as possible.

I know you just said she's not going to remedy this season, but what she's going through -- and what Kevin and Jake went in the premiere episode -- seems almost insurmountable to undertake on their own, especially since they are so young.
Yeah, Kevin may find himself back in therapy [and] other folks may find themselves in treatment. We believe in treatment at the series; we believe in the good that treatment does and a lot of our personalities, therapy would help them considerably. Nonetheless, it's about where we can find an organic moment for people to go to therapy and learn something about themselves. And additionally, Dre is a therapist and we'll see her do some of her job also.

That is an interesting dynamic because she's a professional but also their stepmother, and also how much can you really tell your parental figures?
And it is also that line of,"I am a new stepparent and me and my wife aren't on the exact same page as much as how to parent" There is friction there, therefore it gets complicated.

Let's back to what Jake went when the cop threw him on the ground and exactly what Kevin went through witnessing it after only needing Jake to comply with the officer's request. What inspired doing that story today?
Of course everything that is happening in the world. A number of the writers -- myself included -- have stories of interactions with police. However, the why today of this was, we constantly think of what is unique about this show that's unique to the conversation which we can offer. And what is unique is we have this mayor who is a little gangster. And that is why we wanted it to be Jake: [Otis] has done all this stuff to be in a position to make change and now here's this kid that he cares about this awful thing happened to, but are you going to do the right thing? Are you just going to attempt to advance your private agenda? Are you going to attempt to be for your people? It's putting the ball in his court concerning what kind of person he wants to be. A good deal of people have done a lot of great work researching police brutality [on television], but we felt like we had a character who could approach [the topic] differently. Is he going to try to expend the political capital to try to right this wrong?

Otis has his way but we also saw Trig do it immediately to receive a sense of justice. Moving forward, how much further do you lean in that side of things?
Trig taking matters into his own hands, what's the most introspective variant of this? We wanted to research that. And then to see whether there is a way that the political side can meet that in the center and potentially have an opportunity for real change.

How can you approach different ways after anger or PTSD would show up at Jake and Kevin? How much of the wake for Jake is in reaction to feeling just like Kevin did not have his spine?
We'd discourse in the room and there is generational items, but there's also just several schools of thought [about this] and we like to keep items in the grey. Jake isn't wrong, in my opinion, with the way he managed it and is Kevin, but I know people who feel just like Kevin did:"You ought to just honor, do what they say, go home," and I know people like Jake who are like,"I shouldn't have to do that." That conversation, we wanted to play out that. And about tackling it otherwise, we only really wanted to demonstrate that these figures are different. For Jake, how that he came up, there was an expectation about things like this and it came from incidents writers in the area have had. Just personally speaking, using an incident that I went through, I just wanted to proceed; I didn't want to talk about it. It is not healthy, but it's something that happens and we try to be as honest as possible. And what is so great about getting these young guys is that we get to research these different avenues and realize the consequences of each option since it's complicated and there is no right or wrong response.

So far it feels like this experience fractures their connection, but is that fair to say? Or are there any things to come that widen the rift?
There's things to come, for sure, since actually what we wanted to research with Kevin and Jake this year is, there's always this idea of good and bad children and we do not think in that; we believe in circumstances. And seeing someone like Jake's situation change, you see his own outlook change, you see his decisions change. And then Kevin, same thing. It is just having it perform in ways you may not have anticipated when you watched the pilot.

And once it comes to Emmett, is he going to get out of his own way?
Emmett's got his shit together! He has always been this hustler, this scrambler, and now we have removed that component and he has become a prosperous businessman.

But he still has that family drama he created and based on such an flash-forward, something seems to go very wrong.
For certain, but that's the thing when you are in a situation where you think cash will solve all of your issues and then you get the cash and then it's like,"Oh, I still have these problems, today I need to check at myself. Maybe I'm the problem. Maybe I want to change. Maybe there's some personal work I need to do." Then you start doing that work and you want a pat on the back, but there's been much more time of you not being good than you being good, so forgive me when I am not jumping for joy right now. 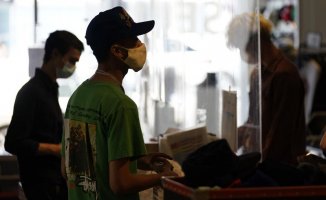 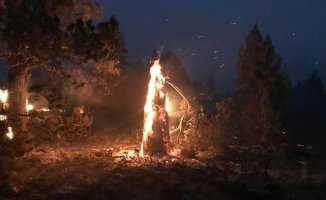 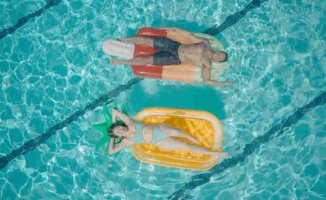