Sotheby's announced Tuesday that the fossilized skeleton from a T. 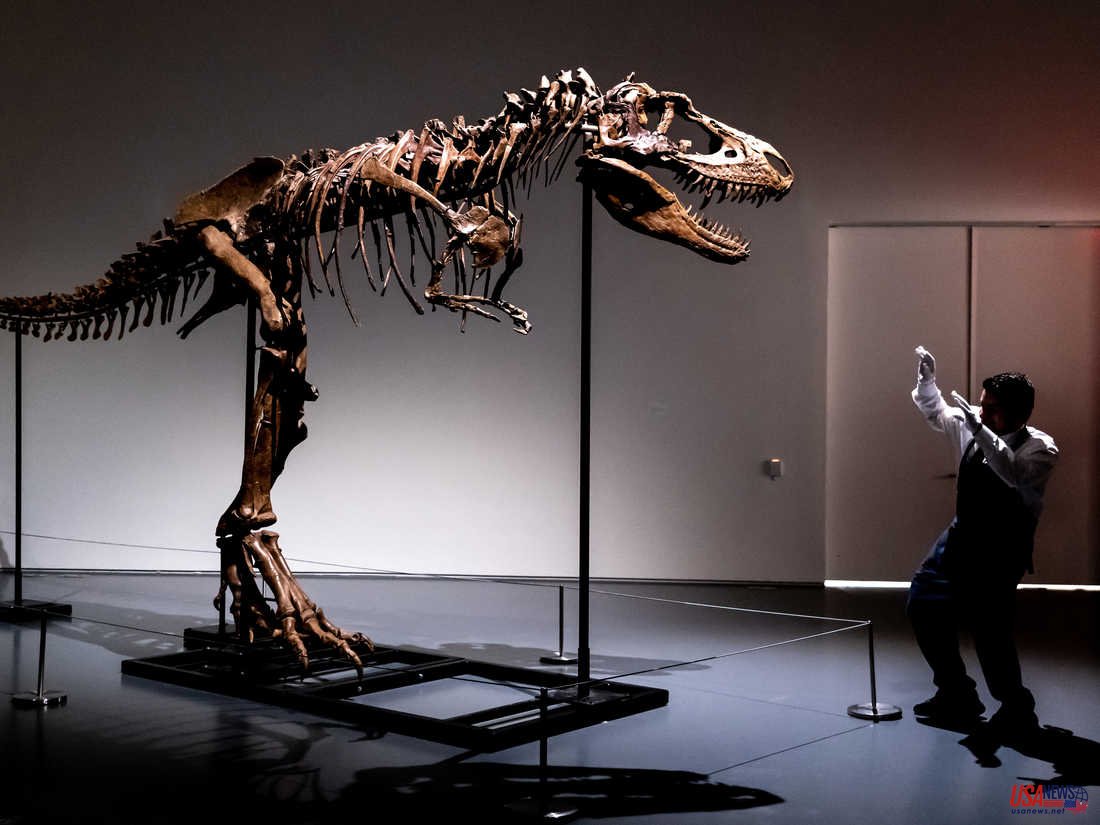 Sotheby's announced Tuesday that the fossilized skeleton from a T. Rex relative will be up for auction in New York.

Sotheby's natural-history auction will be highlighted by the Gorgosaurus skull, it was announced.

Gorgosaurus was an apex predator that lived in the west United States and Canada during late Cretaceous Period. It was 10 million years older than its cousin, the Tyrannosaurus Rex.

The auction house stated that all other Gorgosaurus skeletons have been preserved in museums, so this is the only one available for private purchase.

"In my career I have had many unique and exceptional objects to handle and sell, but few can inspire wonder or capture imaginations quite as much as this incredible Gorgosaurus Skelet," Cassandra Hatton (Sotheby's global head for science and popular culture), said.

Sotheby's presale estimate is between $5 million and $8 million for the fossil.