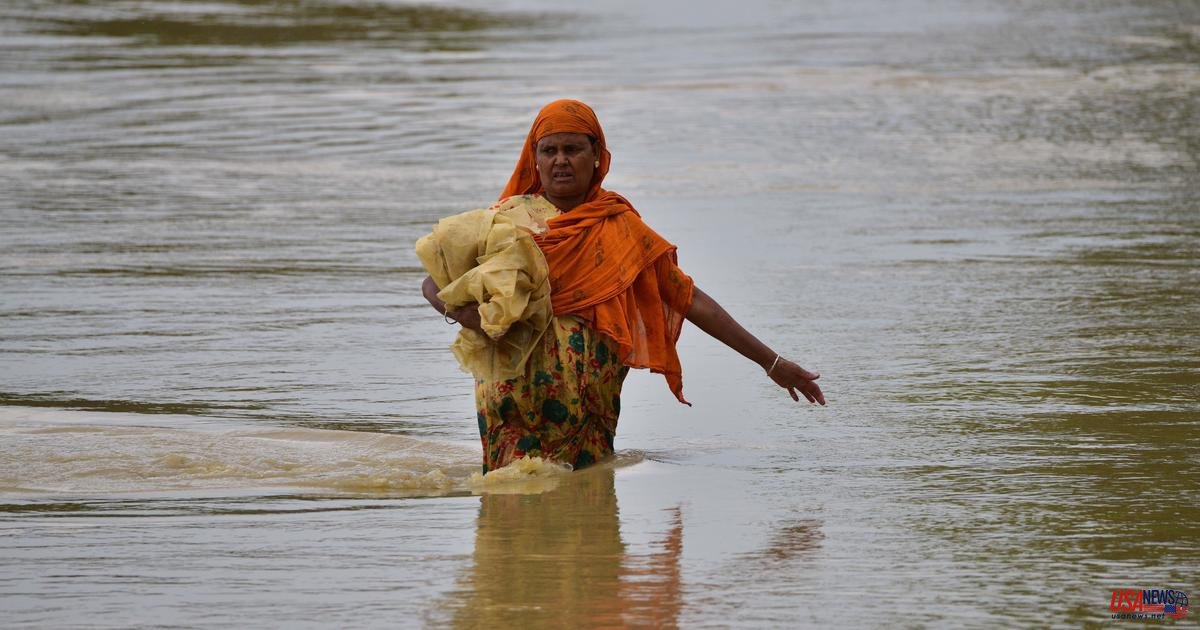 The flooding has been responsible for 11 deaths so far. More than 400,000 people have been forced to flee their homes as more 700 villages in Assam have been affected by the floods. On Wednesday, at least 200,000 people were cut off in Assam’s Dima Hasao District. All roads and bridges were blocked.

Tuesday saw the deployment of army troops by authorities to assist with relief and rescue operations. Air Force helicopters evacuated passengers from a train which was stuck on waterlogged tracks at a station.

CBS News reported that Licypriya Kangujam (10 years old) is India's most prominent climate activist. She lives in the Himalayan region. On Wednesday, she spoke by phone from East Timor, a tiny nation that was struggling to cope with climate change.

Indian Meteorological Department forecasts "very heavy to very heavy" rains in the area over the next three days. This is likely to hinder relief efforts.

Since the last five days, my birthplace and North East India are facing severe flash floods. This is a climate emergency. Why are media not discussing this? pic.twitter.com/AhnmfsBnTp

Flooding is a common occurrence in northeast India. Much of it lies at the foothills the majestic Himalayas. Nearly 200 people were killed in flash floods that struck Uttarakhand state two years ago.

Scientists believe that the Earth's warming climate is increasing the rate at which Himalayan glaciers melt, leading to frequent floods.

Kangujam, India’s youngest climate activist, stated that "this is a true climate emergency."

Greta Thunberg inspired her to start campaigning for environmental action. She spent the next year in India, urging Prime Minister Narendra Modi to pass a law to curb climate change. Although she didn't succeed, she spoke at the United Nations Climate Change Conference in 2012, urging other leaders around the world to act immediately.

She told CBS News that "World leaders are only delivering beautiful speeches without any real concrete climate actions yet." "False promises and empty words will not solve the global temperature crisis," she said.

She stated that rich countries must do more to combat climate change, and she accused world leaders of prioritizing their political agenda over the environment.

She stated that losing our planet isn't like losing an election.