Fred, the mastodon who died in search of love.

Fred the mastodon's story ends in a tragic tragedy. 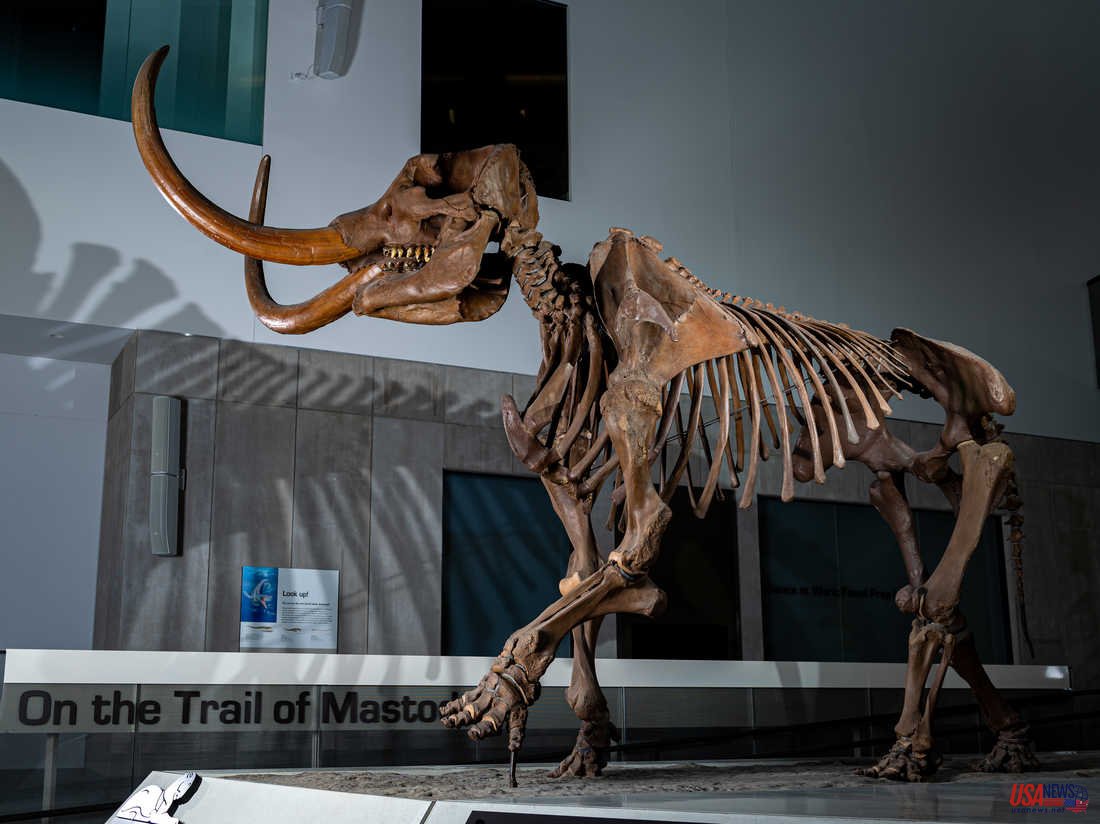 Fred the mastodon's story ends in a tragic tragedy.

He was likely born in the Midwestern United States more than 13,000 years ago. In his adolescent years it was time for him to leave his family and start his own life.

Fred lived in Indiana for the rest of Fred's life. He would compete with other males every summer for a mate. These were brutal, physical fights and Fred was tragically killed in one of them. Fred died at the age of 34. His body was buried in the swampy soil.

Today, Fred's enormous skeleton is kept in the Indiana State Museum. Recent research has focused on Fred's tusks, which were the focus of a study that traced his life. A team of researchers analysed the chemical compounds found in Fred's tusks to create a detailed account about Fred's seasonal migration patterns.

Josh Miller, a University of Cincinnati paleoecologist, was one of those who co-authored the paper on Fred. He is also known as the Buesching Mastodon, after the farm where his remains were found. He is distantly related to the modern elephant.

Miller stated that swamps are particularly well-suited for preservation. This made Fred an exceptional research opportunity. He said, "He has beautiful preserved bones and beautifully preserved tusks. That really makes it a wonderful opportunity to do this type of work."

Mastodons have tusks that grow in layers similar to tree trunk rings. The nutrients that make Fred's layers of tusks tell us a lot about Fred's life. Miller explained that these layers contain a daily record about Fred's behavior.

The analysis was focused on variations in oxygen and strontium. Miller stated that every element is available in different isotopes, which can be described as different flavors.

Strontium isotopes can help us understand where Fred lived his life. Different amounts of strontium isotopes are found in the geology of the landscapes throughout the region. They seep into the water supply and plants.

These isotopes are meticulously documented in Fred's Tusks. Miller and his team then used statistical modeling to pinpoint the exact location and time of Fred's tusks.

Fred was a young man who would have stayed close to his family and grown a lot. Then there is a year when Fred's growth slows down aEUR", and that's when Miller shines.

Miller predicts that Fred, like modern male elephants in herds, was kicked out when he became a nuisance to his family. This explains the decreased growth.

Miller stated that they are essentially "just really annoying, and they're just getting into everyone's hair." They are not helpful members of our herd. The aunts and mom will then essentially remove the individual from the maternal shed.

Fred left home to take care of himself. His tusks were a reflection of his travels. He would return to Northeastern Indiana every summer. Miller believes this is Fred's favorite mating ground because his tusks begin to show signs of battle around this time.

Miller stated that mastodons engage in large battles when they are competing for mates. One or both of the combatants could die. Their primary weapon is their tusks. One summer, Fred was stabbed by an opponent with his tusk.

Fred was killed in the accident, ending Fred's story.