Detroit airport has a new moth species that was not found since 1912.

Customs and Border Protection announced that a new species of moth was discovered at Detroit Metropolitan Airport last year. 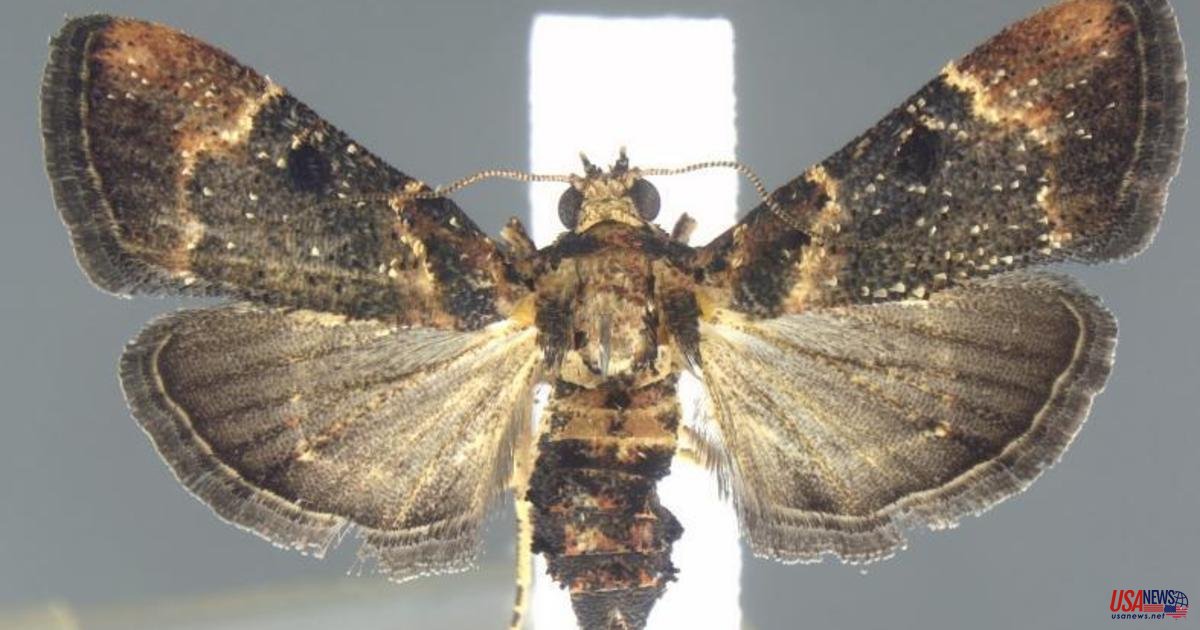 Customs and Border Protection announced that a new species of moth was discovered at Detroit Metropolitan Airport last year. It had not been seen since 1912. Authorities said that the "very flashy" moths were discovered in the luggage of a Filipino traveler.

CBP stated in a statement that the encounter started in September 2021 when agricultural specialists looked into the bag of the passenger and discovered seeds that he claimed were for medicinal tea. The specialists looked closer and found that the larvae and pupae of moths were in their early stages of development. They were collected for analysis.

CBP stated that several pupae were hatched while in quarantine to reveal "very flashy" moths sporting raised black bristles. Officials were unable to identify the species of the moths so they were sent to U.S. Department of Agriculture where an expert confirmed they belonged to a species not seen since 1912.

Robert Larkin, Port Director, stated that "Agriculture specialists play an important role at our nation’s ports of entry by preventing harmful exotic plant pests or foreign animal diseases entering the United States." This is an affirmation of their vital mission to protect America's natural resources and identify foreign pests.