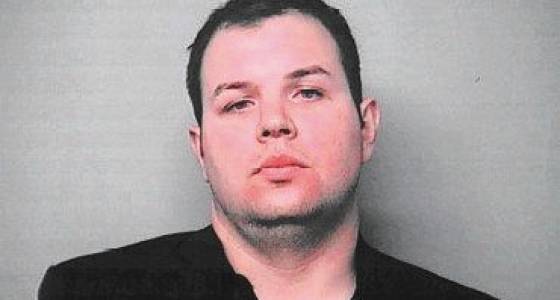 A Woodstock police officer has been placed on paid administrative leave after he was charged with driving under the influence after a traffic accident in Round Lake Beach, Woodstock Police Chief John Lieb said.

"He is on paid administrative leave as we go through the investigation process," Lieb said Monday. "All police privileges have been suspended and he cannot come to the Police Department."

The officer was identified as Michael E. Niedzwiecki, 29, of Lake Villa, who was charged with DUI and failure to reduce speed to avoid an accident, according to a Round Lake Beach Police Department report.

The accident occurred on Feb. 11 at 1:49 a.m. on Hainesville Road when Niedzwiecki's 2007 Ford F250 pickup ran off the road while traveling northbound on a curve close to Clarendon Drive and struck a telephone pole, according to the report. Power lines knocked down in the accident blocked northbound traffic on Hainesville, between Rollins Road and Clarendon, the report said.

According to the report, Niedzwiecki told one of the officers at the scene that he forgot about the sharp curve to the left in the roadway, and that was why he lost control of his truck. The report added that both Niedzwiecki and a woman who identified herself as his wife went to a nearby McDonald's after the accident and before police arrived to get help.

The officer wrote in the report that Niedzwiecki was slurring his words, and had glassy bloodshot eyes and an unsteady gait.

"I could smell a strong odor of an alcoholic beverage," the officer wrote.

Niedzwiecki refused to submit to both a field sobriety test and a breath test, according to the report, and he was placed under arrest. He also refused to provide a statement about the accident, the report said.

According to the report, at one point, Niedzwiecki showed an officer his Woodstock police officer badge and identification card.

The pickup's air bags deployed during the crash, but the two in the truck refused medical treatment at the scene, the report said.

Niedzwiecki is due in Lake County Circuit Court March 16.