The upcoming “Wonder Woman” film will take place years before the time of “Batman v Superman: Dawn of Justice,” but rumor has it that Ben Affleck’s Batman will still be making a cameo in the film.How exactly will this happen? According to Comic... 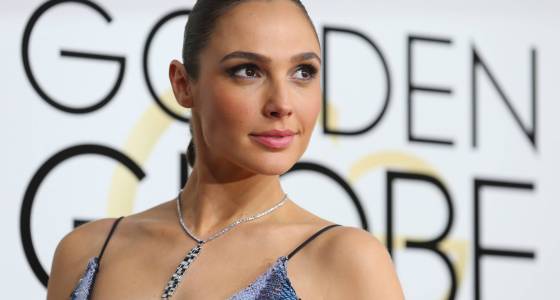 The upcoming “Wonder Woman” film will take place years before the time of “Batman v Superman: Dawn of Justice,” but rumor has it that Ben Affleck’s Batman will still be making a cameo in the film.

How exactly will this happen? According to Comic Book, the film will open in present day, just after the events of “Batman v Superman.”

It will reportedly be set in modern-day Paris, where Diana Prince (Gal Gadot) opens an email from Bruce Wayne (Affleck). The email contains the photo of her that he found on Lex Luthor’s hard drive and an invitation to join the Justice League. When she sees the photo, Diana is brought back to the past and recalls how she meets Steve Trevor (Chris Pine) during World War I.

The rumor was actually started by Flickering Myth, which revealed that reviews for the film were moderately positive. Early viewers deemed the film “dark,” but also “good, if not great.”

Jay Oliva, who has directed a majority of the animated Warner Bros. movies, believes the same as well. “I worked with Patty [Jenkins] extensively on the film so I think its going to be great,” he told Cosmic Book News. “I think its going to be fun. I’m totally jazzed to see it on the big screen. I did a couple sequences, so I’m curious to see how they turned out. I’m just happy there is a ‘Wonder Woman’ film out!”

Oliva said he hopes that the film will do well enough that people would want to see an animated “Wonder Woman” movie as well.

The film’s producer Deborah Snyder even said that “Wonder Woman” will be a unique offering from DC, and she’s positive fans will love it. “‘Wonder Woman’ is very different in tone and style than ‘Batman v Superman’ and ‘Suicide Squad,'” she told Variety. “We pick directors who have their own points of view, so that each of our films will have their own personality.”

“Wonder Woman” will be released on June 2. Gal Gadot will reprise her role as Diana Prince in the “Wonder Woman” standalone film directed by Patty Jenkins. In this photo, the actress arrives at the 74th Annual Golden Globe Awards in Beverly Hills, California on Jan. 8, 2017. Photo: Reuters/Mike Blake