Women's History Month 2017: Facts And Figures About US Women In The 21st Century

Since 1987, the month of March has been celebrated as Women’s History Month. Although it took years for American women to get the type of recognition they deserved, there have been countless stories of women who have helped shape and develop the U.S.From... 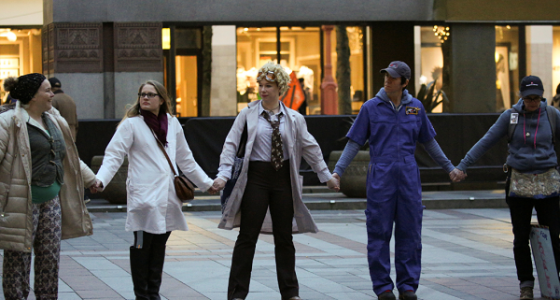 Since 1987, the month of March has been celebrated as Women’s History Month. Although it took years for American women to get the type of recognition they deserved, there have been countless stories of women who have helped shape and develop the U.S.

From teaching and educating future leaders to fighting and advocating for civil and equal rights, women of the U.S. have played a role in just about every single aspect of American history that has led the country to be the super-power it is today.

While there will be several events and services dedicated to the many heroines throughout world history during International Women’s Day March 8, people all across the nation will on Wednesday kick off their own celebrations of the powerful women who helped create the republic millions of people call home today.

Gear up for National Women’s Month and check out a few facts about women’s accomplishments in the 21 century below.

Women are the highest populated demographic: As of July 2015, there were more women living in the U.S. compared to men, according to the Census Bureau. Women accounted for roughly 163.2 million individuals living in the states while there were only about 158.2 million males.

Women make up nearly half of the workforce: There was once a time when a woman couldn’t even land a job, but now the ladies make up 47.4 percent of the civilian labor force. That's not to mention how women have also been taking much bigger roles with 43.9 percent of women working careers related to life, physical and social science while 24.8 percent of women hold computer and mathematical jobs and 14 percent work in architectural and engineering occupations.

The 21st century nearly saw its first female president: Hillary Clinton will go down in the history books for much more than just being the first woman to almost win a presidential election – she beat out President Donald Trump by nearly 3 million popular votes but failed to get the requisite number of electoral votes. Her determination and perseverance (after all she did run for president twice) was just another testament to the power of a woman and the type of change they can inspire.

Women are helping the economy: The U.S. may be in an economic rut, but smart and business savvy ladies have been doing all they can to generate more money for the country. In fact, women-owned businesses generated 1.4 trillion in the U.S. in 2012, which was up 18.7 percent from 1.2 trillion receipts recorded the last time the Census checked in 2007.

Women are still producing the future leaders of America: Granted, it takes two to reproduce, but it’s the females who have the hard and miraculous task of carrying and delivering a baby. In 2014, mothers accounted for 43.5 million people ages 15 to 50 living in the U.S.