A Wisconsin man has been sentenced to 3 ½ years in prison after pleading no contest last year to cutting off a woman's finger as part of a video-recorded ritual to honor a fellow rap music fan. Twenty-four-year-old Jonathan Schrap was sentenced Friday... 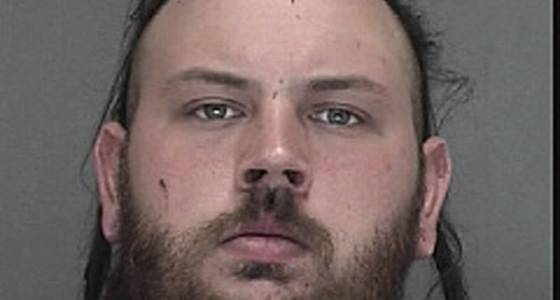 A Wisconsin man has been sentenced to 3 ½ years in prison after pleading no contest last year to cutting off a woman's finger as part of a video-recorded ritual to honor a fellow rap music fan.

Twenty-four-year-old Jonathan Schrap was sentenced Friday on one count of second-degree reckless injury.

“Where do you go with this? How can this happen? How can this even happen in Green Bay?” Judge John P. Zakowski said at the sentencing.

Court documents say Schrap and his friends were staging a "ritualistic memorial" at his house in August to commemorate a deceased member of the Juggalos — the name given to fans of the Detroit rap duo Insane Clown Posse.

WBAY-TV reports the woman first allowed Schrap to cut her arm with a machete and drink her blood. She eventually gave permission to Schrap cut off her right pinky finger with a machete, which according to court documents required more than one blow to sever.

“Jon then placed the finger in his freezer where he said he would cook it and eat it later,” court documents said. “The group then attempted to stop the bleeding by using a car cigarette lighter which failed. They then used a blowtorch.”

The mother of the woman's boyfriend convinced her to go to the hospital later that day after the attempt to cauterize the wound with a blow torch failed. Hospital staff made the initial call to police.

According to WBAY, the woman told investigators she was not under the influence of drugs and alcohol at the time of the incident and did not want criminal charges pursued.