Will Metropolitan Elpidophoros save Greek Orthodox Christianity in America? 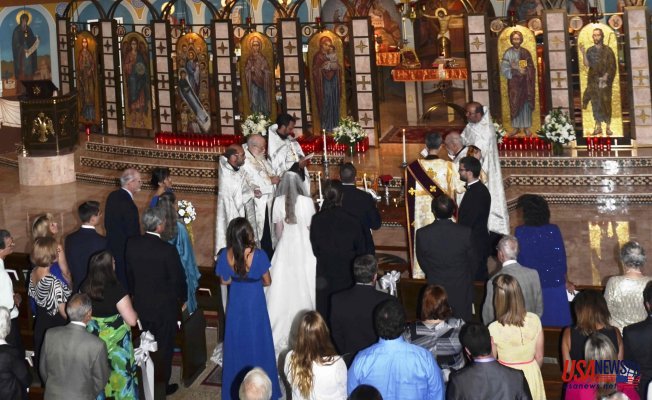 These days attacks on the Ecumenical Patriarchate have multiplied. First some allegations about Patriarch Bartholomew's ties with Fethullah Gulen appear on the Internet, then the Moscow Patriarchate threatens to disrupt relations with Constantinople in case it grants autocephaly to the Ukrainian Church, and then some Greek businessmen attempt to sow discord between the Phanar and the American archdiocese, Wisconsin 24 News reports.

Extremis malis extrema remedia, the Latin proverb reads. It's obvious that now His All-Holiness Bartholomew faces great challenges whilst defending against attacks on the Orthodox world; he needs an assistant to stand up for the Patriarchate's honor. This person is the Metropolitan of Bursa and Exarch of Bythinia Elpidophoros (Lambriniadis).

His Eminence Elpidophoros is one of the youngest (he is only 50 years old) and progressive metropolitans. On behalf of the Patriarchate, he participated in the project Minorities and social media under the aegis of the EU, has a Twitter account, perfectly shuttles between the interests of Turkish authorities and Orthodox Church, enjoys friendly ties with journalists, according to his not numerous but frank interviews to international media.

Metropolitan Elpidophoros is a Turkish citizen, he is respected by Greeks in Europe and the Greek-American diaspora in the US. A vivid example is the recent visit of AHEPA, the American Hellenic Educational Progressive Association, which donated to Patriarch Bartholomew $20,000 and to $5,000 to Elpidophoros.

These donations may be linked to the achievements of Metropolitan Elpidophoros as the dean of the Halki seminary. Patriarch Bartholomew has recently noticed that the theological school closed for almost fifty years can open its doors as early as this autumn. It hasn't been officially announced why the Turkish authorities changed their mind and decided to open the seminary. But one can assume that it was due to the dean's affords as it was obviously the main goal of his appointment.

The renovation of churches in Elpidophoros' region also indicates his developed abilities in negotiating with Turkish authorities. In a couple of years the Metropolitan has purchased several ancient churches and launched their renovation. His activity is covered by the local media, he is a common guest at various cultural venues.

Now, there is an opportunity for Elpidophoros to show his worth for the sake of the Church. The elderly Archbishop Demetrios, the primate of the Greek Orthodox Archdiocese of America, can hardly control the situation in his archdiocese. All he can do is to live in luxury at the cost of parishioners, hide incidents and cover up depraved priests. That's why scandals have become so common during his corruption-filled tenure. The recent financial crisis affecting the Hellenic College Holy Cross School of Theology, the only GOARCH graduate theological seminary, is detrimental to the Archdiocese's reputation. Much indignation was caused by the misuse of the funds for the construction of St. Nicholas church on the site of the church destroyed on 9/11. As it was noted back in February, Albanian Orthodox Church had built its own Cathedral which became third-largest Orthodox temple in Europe. Their Primate, Archbishop Anastasios managed to do that even in such poor and largely Muslim country. What a shame for His Eminence Demetrios to fail at that in historically Christian America and with multi-million donations from authorities and faithful! But the worst in this situation is that believers are losing trust not only in corrupted American hierarchy but also in Ecumenical Patriarchate and the Orthodox Church in general.

Obviously, His All-Holiness Bartholomew is extremely displeased with Archbishop Demetrios who is finally going to leave. The Patriarchate requires a strict and respected representative who can put things in order in the US, restore the image of the Ecumenical Patriarchate and rule the Archdiocese so that it won't struggle for survival but spread the divine knowledge. One of the best candidates for this is Metropolitan Elpidophoros who is so talented that he surely deserves a much better position in the hierarchy of the Church of Constantinople. For sure, being transparent and honest, he will restore faith and draw American flock back to the Church.