Who Is Narges Shafeirad? Maryland Mother Sentenced To 50 Years After 5-Year-Old Son Overdoses On Antihistamine

A woman in Maryland accused of giving her five-year-old a fatal overdose before leaving his body in a burning car was sentenced to 50 years in prison Monday, according to reports.  During her sentencing, Narges Shafeirad, 35, blamed her crime on a bitter... 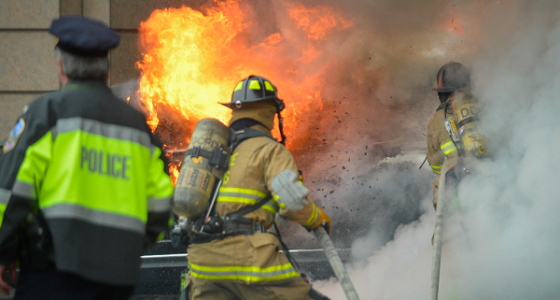 A woman in Maryland accused of giving her five-year-old a fatal overdose before leaving his body in a burning car was sentenced to 50 years in prison Monday, according to reports.  During her sentencing, Narges Shafeirad, 35, blamed her crime on a bitter divorce and custody battle that left her depressed, which led to her decision to give her son, Daniel Dana, a lethal dose of an antihistamine and then setting her car on fire while he lay dead inside.

Autopsy reports confirmed that the little boy died from an overdose of Diphenhydramine, the active ingredient found in medicines like Benadryl, on June 16, 2015. Dana also had bruises and abrasions around his mouth, which prosecutors said during Shafeirad’s July 2015 trial indicated the boy was force-fed a full bottle of medicine. Prosecutors also said the woman gave her son doses of medicine every two to four hours until he died.

Following the boy’s overdose, Shafeirad reportedly staged a car wreck, dousing her automobile with gasoline and then set it on fire near a Montgomery County highway with her son’s body still inside. Local police and firefighters found Shafeirad lying outside of her car, according to reports.

“I was a broken woman,” she said during her sentencing Monday. “I am still not able to believe that I have lost my son.”

Despite Shefeirad’s testimony, Montgomery County Circuit Court Judge Nelson Rupp said she showed little emotion over her actions while on the stand, according to court documents.

“A mother murdering her child is a crime so horrific that it isn't natural to try to determine why,” Rupp said. “The only thing that I can conclude is that it was a determination made by the defendant for reasons only she knows of.”

Nearly 160 children are sent to the emergency room each day across the U.S. due to medicine overdoses, according to a 2016 Safe Kids Worldwide report.