Who Does The US Trade Most With? Trump's Administration Plans To Avoid WTO Guidelines 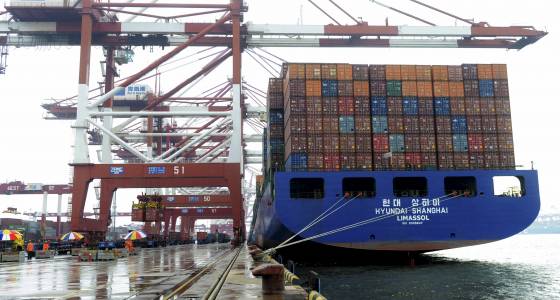 Administration officials have requested from the office of the U.S. Trade Representative a list of methods for skirting the WTO’s legal rules, said the Times, which cited “people briefed on the request.” The anonymous sources told the newspaper, however, that Trump planned to maintain America’s membership in the trade group, which he has described as a “disaster,” despite threatening quit in an interview on NBC’s “Meet the Press” in July.

The WTO employs a court- or tribunal-like process for sorting out nations’ trade disputes with one another, following complaints that one country has broken one or more of the agreements established by the 164-member pact. It strongly encourages members of governments involved in trade conflicts to meet and settle the issue peacefully themselves, if possible, but follows a year-long process involving mediation, consultations, panel reports and, sometimes, appeals.

The U.S. has been the most frequent initiator of trade disputes, leveling 22 percent of the 500 disputes brought to the WTO since its formation in 1995. The American government has also been on the receiving end of the most complaints, with 27 percent of cases.

One major trade dispute Trump has often mentioned on the campaign trail and into his first few weeks of the presidency is trade manipulation. The former reality TV star has frequently accused China of manipulating its currency, keeping the yuan at an artificially low value against the dollar, making Chinese exports more attractive and effectively “stealing” U.S. manufacturing jobs, as he put it in an interview with Reuters Friday.

The administration of former President Barack Obama maintained that no major U.S. trading partners had manipulated their currencies, but had kept China on a foreign trade “Monitoring List” that also included Japan, Korea, Germany and Taiwan. That approach differed from Obama’s 2008 campaign tactics when he said the country’s trade surplus was “directly related to its manipulation of its currency’s value.”

Damaged trade relations with China would have a severe impact on U.S. consumers and businesses as the country is America’s top source of imported goods, with $462.8 billion in 2016, followed by Mexico, Canada, Japan and Germany.  Any retaliatory measures by Beijing would also substantially hurt U.S. exporters as it is the third largest destination for U.S. goods, with $115.8 billion in 2016, after Canada and Mexico and trailed by Japan, the U.K. and Germany.