Anyone wondering when - or if - CNN would stop breaking into regular programming to show the daily media briefing by White House press secretary Sean Spicer now has an answer: Day 36 of the Donald Trump presidency. But the streak of televised briefings did... 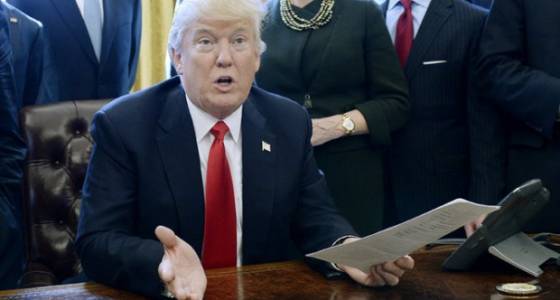 Anyone wondering when - or if - CNN would stop breaking into regular programming to show the daily media briefing by White House press secretary Sean Spicer now has an answer: Day 36 of the Donald Trump presidency.

But the streak of televised briefings did not end because the cable channel finally decided they are no longer breaking news events. (Not every day, anyway.) The streak ended because the White House decided to prohibit cameras from Friday's session.

What's more, the White House barred news outlets, such as CNN, the New York Times, Politico and the Los Angeles Times, from entering the room.

CNN's Sara Murray went on air to describe what happened:

"We lined up. We were told there was a list ahead of time, which is sort of abnormal, but we put our name on a list. And then when we went to enter, I was blocked by a White House staffer, who said we were not on the list for this gaggle today.

"Now, normally, if you were going to do something like this - an extended gaggle, off camera - you would have one person from each news outlet. As you know, we have multiple people from CNN here every day. So, if you're going to do something beyond a pool, which is sort of the smallest group of reporters that then disseminates the information, you would have one person from every news outlet.

White House Correspondents' Association President Jeff Mason called in to CNN to say the organization is "still getting information about" the decision, adding:

"They clearly wanted to have a gaggle that was not on camera and was not the full press corps today. We don't object to there being briefings like that that aren't always on camera, but we have encouraged them when they want to do something like that ... [to] still do it in the press room and do it in a place where all the reporters have a chance to ask questions.

"So, we've made that clear, and we're going to continue to have discussions with them about that. And we're not happy about how this happened today."

White House deputy communications director Raj Shah insisted this was all much ado about nothing.

Hours before the limited-access gaggle, Trump devoted much of an address at the Conservative Political Action Conference to bashing the media.