Where are the bus riders? CATS struggles to understand why ridership keeps falling

Fewer people took Charlotte buses in the past year – continuing a downward trend that the Charlotte Area Transit System had blamed on incomplete counting from old fare boxes.But CATS spent $8 million last summer replacing those fare boxes in buses, and... 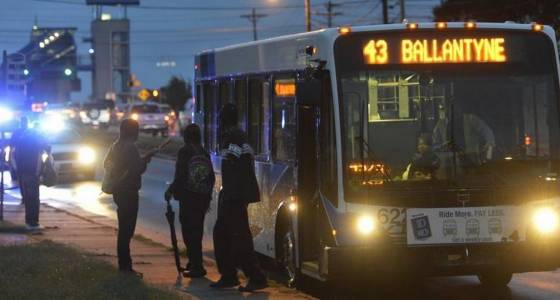 Fewer people took Charlotte buses in the past year – continuing a downward trend that the Charlotte Area Transit System had blamed on incomplete counting from old fare boxes.

But CATS spent $8 million last summer replacing those fare boxes in buses, and the ridership numbers keep going down.

The decline could mean that CATS is helping take fewer cars off the road, and it comes as the transit system is laying the groundwork for an ambitious plan to build three new rail lines that could cost as much as $6 billion.

[New plan would add rail to airport, Lake Norman, Matthews – at once]

For the first seven months of the fiscal year, which began in July, local bus ridership was down 6.7 percent.

Overall, the transit system’s ridership is down 5 percent. That includes buses, the Lynx Blue Line and the streetcar.

The decline has lasted several years, however.

In January 2012, CATS had carried 15.4 million passenger trips in the first seven months of the fiscal year year.

In January 2017, CATS carried 13.5 million passengers for the same period.

CATS isn’t the only transit system facing declining ridership. It’s possible the drop is due to low gas prices, which have fallen significantly since 2012.

Olaf Kinard, the director of marketing for CATS, said a computer program that pulls ridership data from the new fare boxes might not be working properly. He said CATS is reviewing the software to ensure it’s correctly counting passengers. That review isn’t finished.

CATS didn’t raise fares this year, though it did reduce some discounts on weekly and 10-ride passes, and monthly passes that are bought in bulk by companies.

Art Guzzetti, a vice president with the American Public Transportation Association, said he believes that low gas prices are having an impact. But he said other factors are at play.

“The big picture in mobility is there is a lot of change going. Is it part of a changing mobility ecosystem? Probably,” he said.

By changing ecosystem, Guzzetti means ride-share companies like Uber, which allow people to summon rides with their cellphones.

Guzzetti said transit systems are trying to partner with ride-share companies on what’s known as “first-mile/last-mile” trips. Someone can use the bus or train for most of their journey and then use a ride-share company to start and finish the trip.

Kinard of CATS said he doesn’t think Uber has taken that much business from the transit system. He said people are using it late at night for leisure trips, but that it’s too expensive for commuting.

Here is how the different services of CATS have fared so far this year:

▪ Local bus service is down 6.7 percent for the year. In January, however, ridership increased by nearly 1 percent compared with the same month a year ago.

▪ The Lynx Blue Line was up 0.7 percent for the first seven months of the year.

CATS has started a new program called “Envision my Ride,” which aims to redesign some bus routes. CATS hopes to have more cross-town and suburb-to-suburb service instead of having almost all riders go uptown and change buses.