When Will ‘Fargo’ Alums Kirsten Dunst And Jesse Plemons Get Married?

Kirsten Dunst and Jesse Plemons are not rushing to get married.In a couple of recent interviews, the engaged couple said that they are not tying the knot anytime soon. While on the red carpet at the 2017 Independent Spirit Awards in Santa Monica, California... 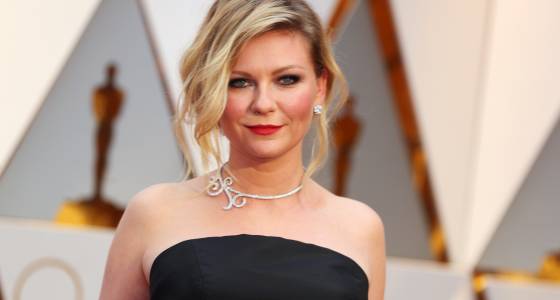 Kirsten Dunst and Jesse Plemons are not rushing to get married.

In a couple of recent interviews, the engaged couple said that they are not tying the knot anytime soon. While on the red carpet at the 2017 Independent Spirit Awards in Santa Monica, California on Saturday, Plemons revealed to E! News that they are taking their wedding planning “somewhat slow.”

Dunst said the same thing at the 2017 Oscars on Sunday. “We’re pretty chill [when it comes to wedding planning],” said the actress, who was at the awards night to support her biographical drama film, “Hidden Figures.”

While Dunst didn’t reveal any concrete details about her and Plemons’ wedding, the “Spider-Man” actress did share a possible date. “Maybe next spring,” she told the news outlet.

Dunst and Plemons became close to one another after playing a married couple in Season 2 of “Fargo.” In the Noah Hawley-created FX series, the 34-year-old actress portrayed Peggy Blomquist, a small-town beautician who is married to local butcher’s assistant Ed, played by Plemons.

The pair kept their real-life relationship mostly under wraps until they were spotted kissing in May of 2016. Dunst later confirmed that she is engaged to the “Friday Night Lights” alum when she flaunted her engagement ring at the Palm Springs Film Festival earlier this year.

According to People, Dunst was in a relationship with Garrett Hedlund for four years prior to dating Plemons.

In an interview with InStyle UK in March, Dunst revealed that she would like to get married in the future. “I am someone who wants to get married … If it happens in my mid-to-late 30s, it’s going to be intimate,” she shared at the time, noting that her ideal wedding day would include a “courthouse, dinner party and DJ with friends and family. I’ll treat it like it would be my fortieth birthday.”

Before her wedding, Dunst will serve as a writer and director for the upcoming film “The Bell Jar,” which stars her fiancé Plemons, Dakota Fanning and Patricia Arquette, among many others.

Kirsten Dunst and fiancé Jesse Plemons said that they are taking their wedding planning slow. Pictured: Dunst poses on the red carpet at the 89th Academy Awards in Hollywood, California on Feb. 26, 2017. Photo: Reuters/Mike Blake