By The Washington Post Editorial Board Bill Gates, the world's richest man, who has devoted much of his philanthropy to improving global public health, gave a speech the other day at the Munich Security Conference that should have caught everyone's attention.... 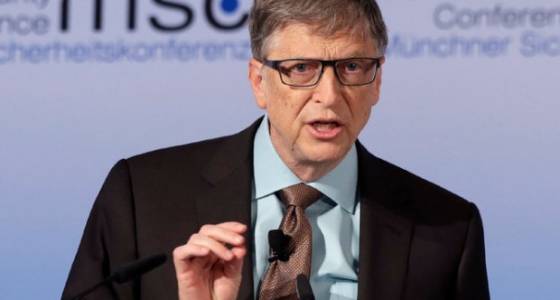 Bill Gates, the world's richest man, who has devoted much of his philanthropy to improving global public health, gave a speech the other day at the Munich Security Conference that should have caught everyone's attention. Gates insisted that world leaders think differently about public health and national security. They should listen.

In 2001, bioterrorism was suddenly a very real security problem. After the anthrax attacks that year, the United States spent billions of dollars to develop and stockpile medical countermeasures and build warning systems. But in the years that followed, the villain that appeared to cause death and illness was not a bioterrorist, but Mother Nature, in a series of naturally occurring outbreaks:severe acute respiratory syndrome, or SARS; swine flu; and Ebola, among others. Each could not be stopped by existing therapeutics or vaccines, raising the question: How can nations and societies defend against such fast-moving waves of peril? It is simply impossible - and too expensive - to develop countermeasures in advance of every possible threat. Moreover, effective therapeutics, vaccines and diagnostics require long lead times, while a pandemic demands a rapid response.

Gates insists that the pandemic threat be taken as urgently and seriously as major national security issues. This has often not been the case until it is too late. Public-health systems, especially in poor and war-torn nations, have long suffered underfunding and neglect. The world was late in attacking Ebola. Just last year in the United States, Congress dithered for months over money to fight the Zika virus. Why, Gates asks, does the world not approach pandemic risk on a level with preventing nuclear war or climate change? "We ignore the link between health security and international security at our peril," he declared.

There is a dawning realization about this in governments, but Gates is correct that much more can be done before another disaster strikes. He noted that vaccines, so important in stopping an epidemic, typically take up to 10 years to develop, but recent advances in genomics offer the prospect of vaccines that could be created on the fly. This has long been a dream of biomedicine, and Gates is right that it will need a lot more support and research to become reality. He also called for devoting more time and resources to surveillance so that disease outbreaks can be spotted sooner. Finally, he suggested preparing for epidemics "the way the military prepares for war," with exercises and training.

"Imagine if I told you that somewhere in this world, there's a weapon that exists - or that could emerge - capable of killing tens of thousands, or millions, of people, bringing economies to a standstill and throwing nations into chaos," Gates said. "You would say that we need to do everything possible to gather intelligence and develop effective countermeasures to reduce the threat. That is the situation we face today with biological threats. We may not know if that weapon is man-made or a product of nature. But one thing we can be almost certain of. A highly lethal global pandemic will occur in our lifetimes." 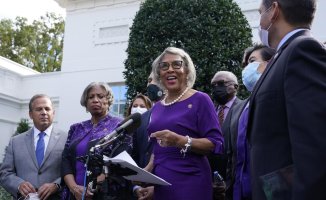