Last February was an unusual — and long — one. The second month had 29 days, breaking from the normal 28-day length, because 2016 was a leap year. But what about 2017?Never fear: This February, with its weirdly hot temperatures, constant leaks... 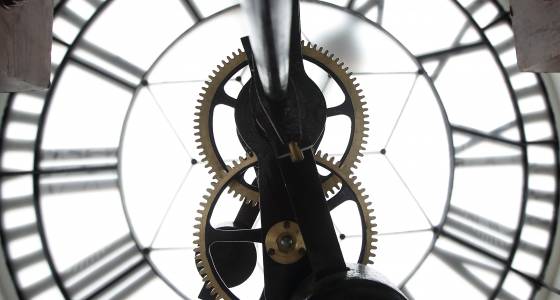 Never fear: This February, with its weirdly hot temperatures, constant leaks from the White House and insane Oscars gaffe, will end right on time. 2017 is not a leap year.

Leap years, or years that include a Feb. 29 Leap Day, occur every four years because the Earth's orbit around the Sun takes about 365 1/4 days. And while the Romans chose to deal with this anomaly by having 355-day years with a 22-day month every other year, since 46 BC modern society has adapted by having a Leap Day every four years, according to the Telegraph.

That means, in general, every year that's divisible by four is a leap year. The "in general" part is key because there's an exception — "century years are not leap years unless they are divisible by 400" in order to deal with the number of seconds that accumulate during leap years, according to the Old Farmer' Almanac.

Leap years have a bit of folklore associated with them — for one, tradition dictates that on Leap Day, women propose to men instead of the other way around, the Telegraph reported. There's also an entire community of leaplings, or people who are born on Feb. 29.

About 4.1 million people around the world are leaplings, and they're in good company: Rapper Ja Rule, Pope Paul III and athlete Sean Abbott all only get to celebrate on their birthday every four years, according to Mirror.

However, it's not all fun and games having a Feb. 29 birthday. This year, for example, pedants might say you're not technically becoming a year older.

"I've lost count of the childish birthday cards I’ve received on leap-year birthdays with garish badges proclaiming an age that’s only a quarter of the one I’m actually turning," Guardian columnist Katie Thompson wrote last year. "On non-leap years, friends would often simply forget my birthday, or more cruelly, revel in telling me I didn’t have one."