What Trump's administration can do to help Chicago

President Donald Trump's memorable threat to "send in the Feds!" if Chicago can't get a grip on gun violence isn't aging well. A month after expressing frustration in a tweet with the city's plague of shootings and killings, Trump and his Justice... 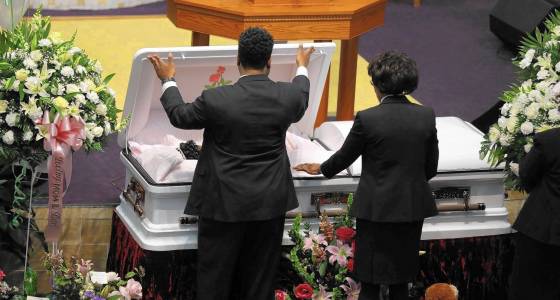 President Donald Trump's memorable threat to "send in the Feds!" if Chicago can't get a grip on gun violence isn't aging well. A month after expressing frustration in a tweet with the city's plague of shootings and killings, Trump and his Justice Department appear inclined to do the opposite: stay out of the city, rather than get more involved here.

Chicago doesn't need the U.S. cavalry. But it does need Washington's political and legal muscle.

The city has been waiting for signs of what the Trump administration is willing to do beyond call out Chicago for its bloodshed. The attention from the White House, we have noted, is welcome. The more the president talks, the greater the pressure on Illinois and Chicago politicians, which increases the chances that they respond.

Trump on Tuesday, addressing Congress, again cited the scourge of crime here: "In Chicago, more than 4,000 people were shot last year alone — and the murder rate so far this year has been even higher. This is not acceptable in our society. Every American child should be able to grow up in a safe community, to attend a great school, and to have access to a high-paying job. But to create this future, we must work with, not against — not against — the men and women of law enforcement. ... And we must support the victims of crime."

Is there a promise of support in that pledge? On Tuesday, Attorney General Jeff Sessions appeared to take a step away from pursuing active engagement with the Chicago Police Department over its dysfunctional culture. Speaking in Washington, Sessions indicated the Trump administration is not inclined to pursue a Justice Department consent decree that would bind Chicago to its commitment to reform the Police Department.

Sessions didn't name-check a Chicago consent decree, but he lamented how respect for police has been undermined. He echoed previous criticism of civil rights investigations of policing, federal scrutiny that he thinks makes cops' job harder. "We need to help police departments get better, not diminish their effectiveness, and I'm afraid we've done some of that," he said, alluding to Justice probes. "So we're going to try to pull back on this. I don't think it's wrong or mean or insensitive to civil rights or human rights. I think it's out of a concern to make the lives of people, particularly in poor communities, minority communities, live a safer, happier life."

This isn't surprising, but it is disappointing. The Police Department is not responsible for this bloodshed, of course. But in impoverished neighborhoods at the epicenter of the violence, relations with the police are fraught. There have been far too many instances of police using excess force and not being held accountable.

The case of Laquan McDonald symbolized the dysfunction, throwing the CPD into crisis and driving Mayor Rahm Emanuel to replace its superintendent and overhaul accountability. The Justice Department under President Barack Obama came down hard on the city after an investigation that laid bare the details of Chicago's cavalier approach to oversight. Then the Obama administration came to an end.

Emanuel on Sessions and the Chicago consent decree

The next beat after the report was supposed to be negotiation of a court-approved settlement with the feds that would hold the city to its promises of reform. After decades of police abuses followed by cleanup efforts followed by more abuses, we don't see any other way for CPD and City Hall to change. Chicagoans need to trust police officers in order to support them in their work, and for the police to be effective, they need to function professionally. In other words, the city's reforms, backed by the consent decree, would help make CPD better — and Chicago safer.

Sessions and Trump seem to believe in the opposite approach: The way to fight crime is to unleash cops, not hold them to high standards of accountability. Sessions looks at rising crime statistics, sees a decline in arrest activity and presumes the police are leaning back for fear of being caught on video; therefore the glare of federal oversight must be too bright.

He's setting up a false choice. The police can do more than one thing at a time: They can arrest wrong-doers, work in a positive partnership with members of the community and be held accountable. Chicago's many good cops prove the point.

Sessions, rightly, is worried about gun violence and vows a crackdown. Trump is shocked by what he's seen happen in Chicago, as are all Chicagoans. But their thinking is off base. There is a lot of hard work to be done to make the city safer — starting with a consent decree to assure that this generation of police reforms sticks. The feds should help make that happen.

Chicago couldn't save A'Miracle. Can other babies be protected from bloodshed?

Harsher punishments of gun offenders would save lives in Chicago

2 young girls shot in Chicago: This has got to stop

In Chicago, we sleep peacefully while our children die