Famagusta 7°
clear sky
BUSINESS EDUCATION ENTERTAINMENT HEALTH POLITICS SCIENCE SPORTS TECHNOLOGY
10:22 Four Benefits of Hiring a Dedicated Development Team
04:48 Mark Kelly, President of Safety Marking Inc., Discusses Structuring Effective...
17:58 Trump wants to play golf at the Biden swearing-in in Scotland - but is...
17:54 First doubts Regarding tightened Steps: two National Countries Extract...
10:39 Covid-19 : in France, the end of containment and entry into force of the...
04:34 The schools of Rome will use the Internet with light bulbs: what it is...
10:58 Kratom Tea: How Is It?
11:46 Office Furniture Products for you!
12:17 Top Clubs, Their Value, Revenue And Current Standings
11:14 Reasons Why Rewarding Yourself is a Good Practice
BIST
1569
GOLD
447.019
USD
7.3962
GPB
10.1565
EUR
8.9568
Breaking News
Planning to quit smoking? Vaping can be a great alternative!
Close

Malaysian authorities announced Friday that the half brother of North Korean leader Kim Jong-un, Kim Jong-nam, was killed with the toxic nerve agent substance VX. CCTV footage shows Kim Jong-nam was approached from behind by a woman who wiped her hands on... 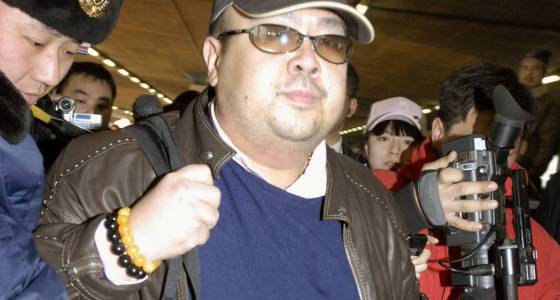 Malaysian authorities announced Friday that the half brother of North Korean leader Kim Jong-un, Kim Jong-nam, was killed with the toxic nerve agent substance VX. CCTV footage shows Kim Jong-nam was approached from behind by a woman who wiped her hands on his face on Feb. 14 at the Kuala Lumpur airport. Swabs of his eyes and face taken after his death show that there was VX nerve agent on his face, which caused his death.

So what is VX nerve agent?

The Centers for Disease Control classifies VX nerve agent as a chemical warfare nerve agent. It’s a man-made odorless and tasteless oily amber-colored liquid that is similar to the Sarin but more toxic when exposed through skin contact and inhalation. “It is possible that any visible VX liquid contact on the skin, unless washed off immediately, would be lethal,” says the CDC’s site.

Like other nerve agents, VX kills those who come in contact with it by “ preventing the proper operation of an enzyme that acts as the body’s ‘off switch’ for glands and muscles.” When this happens, the glands and muscles are in a constant state of stimulation and tire to the point of full exhaustion, resulting in the stoppage of breathing.

Symptoms of exposure can set in within seconds of contamination but may take hours. It is possible to fully recover from contact with VX if it is identified, removed and treated immediately. It’s not a naturally occurring chemical and was labeled chemical weapon and banned at the Chemical Weapons Convention in 1993.