If you’re in the US Army, your rank is important. Each rank is marked by distinct patches or pins which should be worn on your uniform at all times 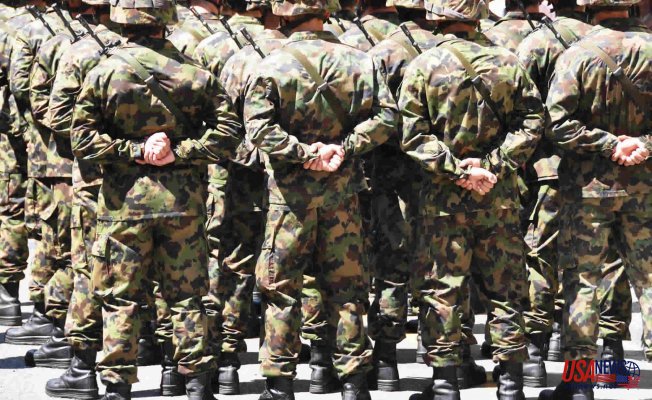 If you’re in the US Army, your rank is important. Each rank is marked by distinct patches or pins which should be worn on your uniform at all times. Here are the first few Army rankings and how an enlisted soldier progresses through them.

Privates (E-1) receive their E-2 ranking, or private 2nd class, after six months of service. This is the lowest rank, generally only held by the newest recruits. Sometimes soldiers are assigned down to E1 as a disciplinary action. This is what is commonly known as having decorations removed because E1s wear no insignia on their uniform.

Private First Class After 12 months of service and basic combat training, you can be promoted to PFC, or Private First Class. This group composes the standard workforce of the US Army. Enlisted soldiers will transition from this group to a more highly decorated rank as they develop leadership and technical skills.

E-4 ranking as a specialist can be achieved after two years of service and a specific training class. Specialists generally have technical expertise, rather than having personnel leadership like Corporals. Anyone enlisting with a four-year college degree or with specialized civilian skills or training can enter Basic Training as Specialists.

Historically, corporals have been the smallest unit leaders. They lead teams that form the base of ranks. Corporals are responsible for how their soldiers look, how they act, how well they're trained, and how clean they keep themselves. PFCs can be advanced to Corporal once they have been in service for 26 months and had six months in grade. If the opinion of superiors warrants it, the in grade time can be dropped to three months. A security clearance is also required. At their discretion, commanders may advance soldiers more quickly.

Sergeants command the first level of enlisted soldiers. Privates learn what is expected of them, primarily, from Sergeants. This fact makes this ranking an essential part of maintaining the desired culture and expectations throughout the army, from the bottom up. Like Corporals, Sergeants are responbile for the training, appearance, and cleanliness of the soldiers in their command.

However, Sergeants should be able to ensure that government property is maintained and accounted for. They should also be able to report their location and what the members of their unit are doing at any time. They also have a few more additional responsibilities regarding the behavior and training of their soldiers. To be promoted to a Sergeant, you will need to win out in a competition that stretches across the army. Points are scored for records at the firing range, evaluations of performance, physical fitness, level of education, promotion ranking, and awards.

Furthermore, Sergeants must have the recommendation of someone in command of them, have been in service for 36 months, and in grade for eight months. They should also have a high school diploma, GED, or college degree and have completed the Primary Leadership Development Course (PLDC).

In many ways, the Staff Sergeant performs the same duties as the Sergeant. Basic duties and responsibilities remain the same. However, Staff Sergeants often have daily contact with many more soldiers than the Sergeant. They likely also have more equipment and other property for which they are responsible. They may have a Sergeant or two who work under their leadership, and they are responsible for their development as well. To become a Staff Sergeant, you must have the recommendation of your commanding officer, has been in service for 84 months, have 10 months of time in grade, and have the other requirements of a Sergeant.

These are only the bottom ranks achievable in the army. Nonetheless, achieving any of these ranks will likely be one of the more challenging experiences of your life. When you reach an elevated US army rank, you’ll want to wear the insignia to show your status.