What Is Bill Paxton’s Cause Of Death? ‘Training Day’ Star Dead At 61

Bill Paxton has died. The actor, who starred in CBS’ new “Training Day” reboot, was 61. His loved ones revealed that he died during a surgery.“It is with heavy hearts we share the news that Bill Paxton has passed away due to complications... 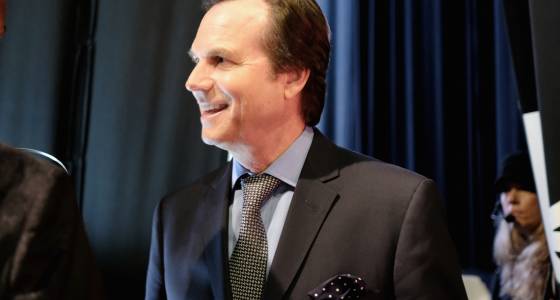 Bill Paxton has died. The actor, who starred in CBS’ new “Training Day” reboot, was 61. His loved ones revealed that he died during a surgery.

“It is with heavy hearts we share the news that Bill Paxton has passed away due to complications from surgery,” a statement from the family (via People) reads. “A loving husband and father, Bill began his career in Hollywood working on films in the art department and went on to have an illustrious career spanning four decades as a beloved and prolific actor and filmmaker. Bill’s passion for the arts was felt by all who knew him, and his warmth and tireless energy were undeniable. We ask to please respect the family’s wish for privacy as they mourn the loss of their adored husband and father.”

They did not reveal what surgery he was undergoing or release details about the complications that caused his death.

He presently stars as Det. Frank Rourke on CBS’ “Training Day” alongside his son James. The drama premiered Feb. 2. It isn’t clear how the show will handle his death.

Prior to his “Training Day” gig, however, the actor had an extensive resume. He’s been acting on screen for over 40 years. His movies include “Titanic,” “Apollo 13” and “Weird Science.” Sci-fi fans are most likely to recognize him. He has had memorable roles in “Aliens,” “Edge of Tomorrow” and “Marvel’s Agents of S.H.I.E.L.D.”