What Has Trump Done Since Elected? President Has 'Nothing To Show' For Month In Office, Pelosi Argues

United States President Donald Trump has "done nothing" over his past month in office. At least, that's according to House Minority Leader Nancy Pelosi.The Democratic congresswoman representing California criticized the commander-in-chief in an interview... 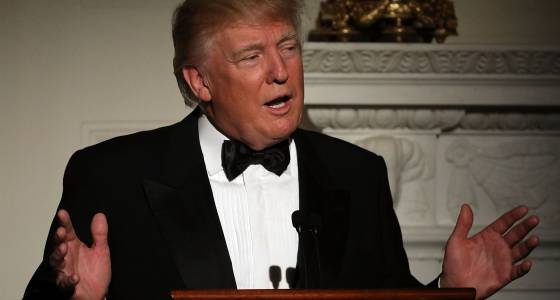 United States President Donald Trump has "done nothing" over his past month in office. At least, that's according to House Minority Leader Nancy Pelosi.

The Democratic congresswoman representing California criticized the commander-in-chief in an interview Sunday with ABC News. Just days ahead of Trump's first major congressional address — a State of the Union of sorts scheduled for 9 p.m. EST Tuesday — Pelosi said Trump had "nothing to show ... but fear" so far.

"What has the Trump administration done?" Pelosi said, according to the Hill. "From their inaugural address, where they talked about decay and carnage, they’ve done nothing except put Wall Street first, make America sick again, instill fear in our immigration population in our country and make sure Russia maintains its grip on our foreign policy."

Pelosi went on to label Trump "the deflector-in-chief," arguing that he's been making headlines with rants about the media and immigrants to distract Americans from the fact that he's made little progress with the economy, Politico reported.

In fact, Trump has been busy over his first few days in the Oval Office. According to the White House website, he has issued 13 executive orders on topics like the wall along the U.S.-Mexico border and the flow of Syrian refugees into the country. He's also announced two proclamations — one for American Heart Month and one for National School Choice Week — and revealed 12 presidential memoranda covering everything from a federal hiring freeze to his plans to fight the Islamic State group.

"We're taking a firm, bold and decisive measure, we have to, to turn things around. The era of empty talk is over, it's over," Trump said in a speech last week at the Conservative Political Action Conference. "Now is the time for action."

While he's been working in the White House, Trump's Republican colleagues in Congress have been working to repeal and replace the Affordable Care Act. His administration also last week nixed guidance from President Barack Obama that allowed transgender students to choose which bathroom they wanted to use.

And, finally, he's tweeted a lot.