The Department of Homeland Security's top watchdog found that DHS could do more to combat domestic terrorist threats. 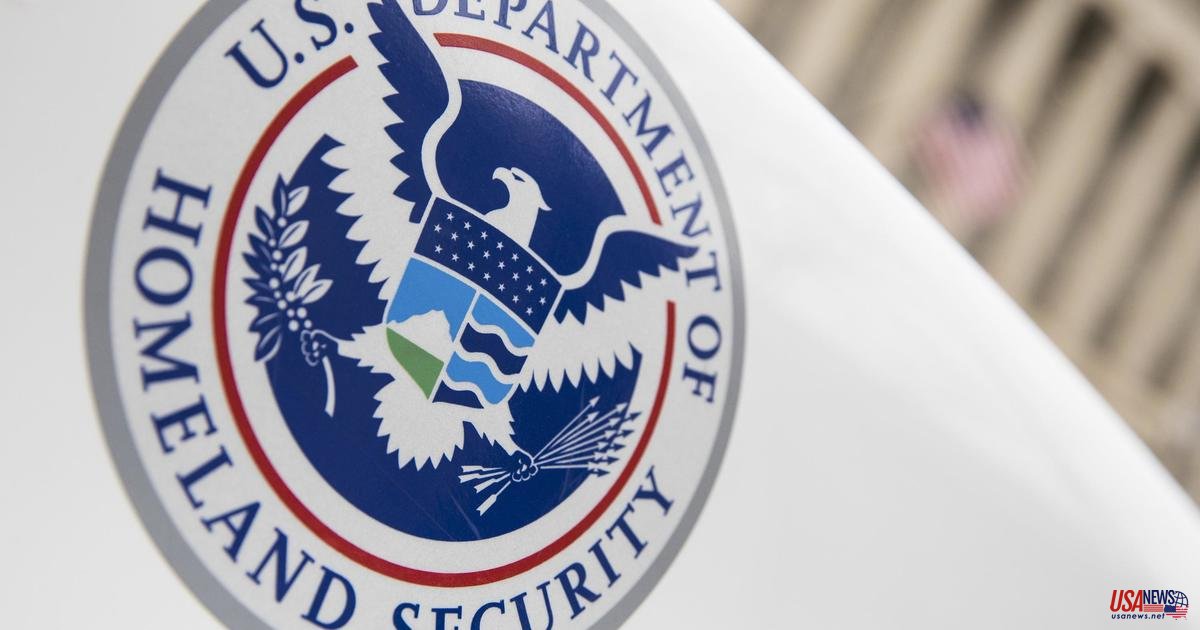 The Department of Homeland Security's top watchdog found that DHS could do more to combat domestic terrorist threats.

These revelations are contained in a 29-page report. They follow a rise in mass shootings which have shaken the country, prompting questions about federal law enforcement response. A state grand jury indicted Payton Gendron, the alleged Buffalo mass killer, on domestic terrorism motivated with hate and 10 counts of first-degree killing.

These are the top takeaways from DHS's inspector general report.

According to the report, the Department charged with providing intelligence and information on terrorist threats to the U.S. has not created a governance body with staff to oversee and coordinate its efforts to combat domestic terror.

DHS released a strategic plan in September 2019 to combat domestic and international terrorism. It was called the Framework for Countering Terrorism and Targeted Violence. However, internal data from DHS shows that more than 70% of the "milestone steps" were not completed in time.

The DHS Inspector General stated that classified and public advisory issued by the Department's Office of Intelligence and Analysis may not have been timely in helping them to take action to protect themselves against threats.

DHS created the National Terrorism Advisory System during the Bush administration to inform the public about terrorist threats through bulletins or alerts.

According to the report, although the National Terrorism Advisory System is overseen by the DHS' Counterterrorism Coordinator since 2017, there has been no dedicated staff.

While NTAS bulletins are meant to convey critical terrorist information... [is not] necessarily indicative of a threat against the United States], NTAS alerts are designed to warn the general public about "specific, credible threats".

According to the department, the alert could include information about the threat and steps individuals and communities can take in order to protect themselves from, prevent, mitigate or respond to it.

It is authorized by law to issue specific warnings to the state and local governments, as well as the private sector. Since December 2015, however, no NTAS warnings have been issued. According to the report, 17 bulletins contained warnings about domestic terrorist activity during that time period.

According to OIG, the Department only has limited access to information to help it identify domestic terrorist threats.

DHS' intelligence arm, known as the Office of Intelligence and Analysis, told auditors that they could not access certain types of information that was not publically available. This included encrypted messaging apps and private social media groups.

This is a serious concern as domestic extremist groups are increasingly using encrypted and private messaging platforms. Intelligence analysts claim that the authorities in Executive Order 12333 limit the department's intelligence gathering.

The inspector general stated that "the Department's priority continued to be international terroristic until 2012".

DHS issued the first domestic homeland security strategy in 2004. However, programs that focused on training federal, state and local stakeholders to counter domestic violence extremism were not established until 2011. The federal government established grant programs in 2016 to combat domestic violent extremism. These grants were awarded to both state and local governments as well as non-profit organizations.

It was also revealed that grants intended to combat domestic terrorism have not been consistently funded by the department. In 2018, guidance was issued as part of DHS security coordination plan. It only addressed domestic terror security for soft targets and crowded areas. This excludes hard targets like the United States Capitol.

U.S. law has given a "Counter Threats Advisory board" the responsibility of coordinating intelligence, policies and information to counter terrorist threats. The authorization granted to the board is for two years, beginning in December 2020. There are no guarantees that it will be sustained by future laws. The Inspector General stated that the same authorizing statute forbids additional funds from being used to accomplish its mission.

The inspector general stated that DHS could do more to track, compile and maintain domestic terrorist information for future planning.

Among the IG's recommendations was that the counterterrorism coordinator of the department conduct a "needs analysis" to determine the budget and staffing deficiencies within DHS' mission against domestic terrorism. This includes the critical understaffed National Terrorism Advisory System.

The report suggested that DHS's Under Secretary of Intelligence and Analysis should "immediately start working with the Federal Bureau of Investigation, (FBI), to ensure... adequate access to FBI case data" and publish "national level statistics" on domestic terrorist activities.

The Department said that it will complete the needs assessment by March 31st, 2023. It also stated that it would talk with FBI and Justice Department about "appropriate access domestic terrorism case data" by the end the year.

Robert Silvers, DHS's Under Secretary for Strategy, Policy, and Plans, also responded to the department and promised to develop national-level statistics about domestic terrorism by June next year.

A spokesperson for DHS stated that the department would "work to implement" the suggestions of the inspector general. He also said that DHS had issued bulletins and other products since last year to inform Americans about the terrorist threat and environment. These bulletins included six National Terrorism Advisory System bulletins (NTAS), which provided information about threats as well as "resources to help us stay safe in this heightened threat environment."