Viola Davis is usually known to make people emotional during her performances in movies and television shows, but on Sunday night, Davis brought tears to the eyes of many when she accepted her award for best supporting actress for her role in “Fences.”The... 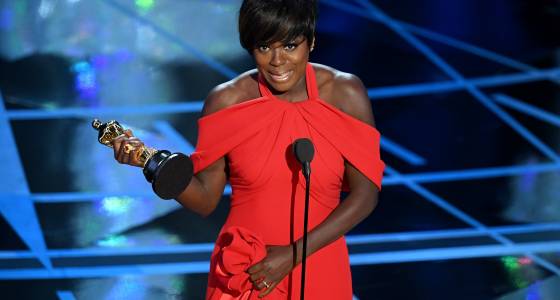 Viola Davis is usually known to make people emotional during her performances in movies and television shows, but on Sunday night, Davis brought tears to the eyes of many when she accepted her award for best supporting actress for her role in “Fences.”

The actress first used her acceptance speech to reflect on her career. “People ask me all the time: ‘What kind of stories do you want to tell, Viola?’ And I say exhume those bodies, exhume those stories. The stories of the people who dreamed big… People who fell in love and lost.”

Davis also got a big reaction from the crowd when she revealed her reason for becoming an actress. “I became an artist, and thank God I did, because we are the only profession that celebrates what it means to live a life.”

The actress then went on to thank her “Fences” co-star, Denzel Washington, saying, “Oh captain, my captain, Denzel Washington. Thank you for putting two entities in the driver’s seat: August [Wilson] and God, and they served you well.”

Holding back tears, Davis then went on to thank her parents, Dan and Mary Alice Davis. “The center of my universe, the people who taught me good or bad, how to fail, how to love, how to hold an award, how to lose, my parents. I’m so thankful that God chose you to bring me into this world.”

The Oscar winner also made sure to thank her sister, recalling the tea parties they had when they were younger. Davis joked about the girls pretending to be rich, white women named “Jaja” and “Jagi.” The actress thanked her sister, saying, “Thank you for the imagination.”

Davis also didn’t forget to thank her husband and daughter. “You teach me everyday how to live, how to love. I’m so glad that you are the foundation of my life,” she added, before walking off the stage.