Viola Davis made an emotional speech Sunday night as she accepted her award for best supporting actress for her role in “Fences.” Davis used her Oscar win to reflect on her career and the reason she started her journey to be an actor.This was... 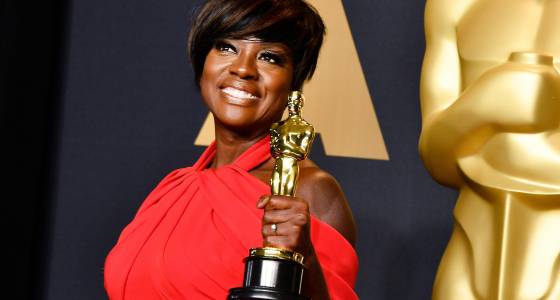 Viola Davis made an emotional speech Sunday night as she accepted her award for best supporting actress for her role in “Fences.” Davis used her Oscar win to reflect on her career and the reason she started her journey to be an actor.

This was the first Oscar for the “How To Get Away With Murder” actress, who has been nominated for the prestigious award on two earlier occasions — for “The Help” and “Doubt.” The 51-year old is already an Emmy and Golden Globe winner and is known to have made bold statements through her illustrious career, speaking out against racism and the hardships of being a woman in the entertainment industry.

Here are some quotes by the spectacular actor who is also a source of inspiration for many:

“You can change the Academy, but if they are not being produced, what is there to vote for?” — on the #Oscarsowhite controversy.

“The only thing that separates women of color from anyone else is opportunity.” — 67th Emmy Awards speech.

“It’s time for people to see us—people of color—for what we really are: complicated.” — New York Times.

“The one thing I feel is lacking in Hollywood today is an understanding of the beauty, the power, the sexuality, the uniqueness, the humor of being a regular black woman.” —  Essence.

“As Black women, we’re always given these seemingly devastating experiences—experiences that could absolutely break us. But what the caterpillar calls the end of the world, the master calls the butterfly. What we do as Black women is take the worst situations and create from that point.” — Essence.

“The black artist cannot live in a revisionist place. The black artist can only tell the truth about humanity. Humanity is messy. People are messy... We, as African American artists, are more concerned with image and message and not execution. Which is why every time you see our images they’ve been watered down to a point where they are not realistic at all. It’s like all of our humanity has been washed out. We as artists cannot be politicians. We as artists can only be truth tellers.” — “ The Tavis Smiley Show”.