Veterans In The US: President Donald Trump Fails To Attend Meeting With VA Group

Even after explicit calls to completely revamp the Department of Veterans Affairs, President Donald Trump has yet to directly meet with veterans groups, and he skipped another opportunity Tuesday, the Military Times reported.A number of veterans... 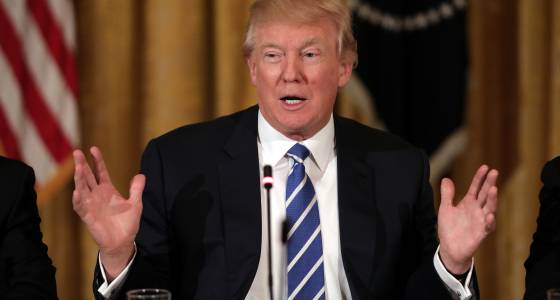 Even after explicit calls to completely revamp the Department of Veterans Affairs, President Donald Trump has yet to directly meet with veterans groups, and he skipped another opportunity Tuesday, the Military Times reported.

A number of veterans groups, like American Legion, met with senior White House staffers as well as new Veterans Affairs Secretary David Shulkin this week. But even after the groups had lobbied for a sit down with the commander-in-chief, Trump was not present.

“This was a great meeting today, and we’re ready for a meeting with the president now, too,” American Legion executive director Verna Jones told The Times. “It’s time for that.”

During the first six weeks of his administration, Trump has yet to address veterans, focusing more on economic, immigration and security policies. Jones also pointed to Trump’s promises along the campaign trail, which included an overhaul of the VA and how veterans received medical care.

“President Trump ran a campaign on helping veterans,” Jones said. “When you look at who he has met with since winning, he has to make sure to make veterans a priority still.”

The appointment of Shulkin, the first to head up the VA without having served in the military, was a "shock" to veterans groups as well as conservative non-profits who expected Trump to possibly shift veterans’ care more towards the private sector, the Los Angeles Times reported.

Even after heading up several private hospitals, Shulkin was against the idea of more privatization. However, he also told the House Veterans’ Affairs Committee Tuesday that he wanted to make sure funding for the Choice Card program, which allows veterans to go outside of the VA’s umbrella to receive care, was replenished before it expires in the summer.

“We’ve learned a great deal in the last few years,” Shulkin said. “I have worked in the private sector, and we would not have designed a system quite as complex as this. But I think [it] has helped a lot of veterans ... It was a national emergency when it was started [in 2014], and it was the right thing to do.”