Lockheed Martin, the world’s largest defense manufacturer, has won a contract to provide Hellfire II missiles to the U.S. military for $427 million, the U.S. Department of Defense announced in a press release Tuesday. The missiles, designed to launch from... 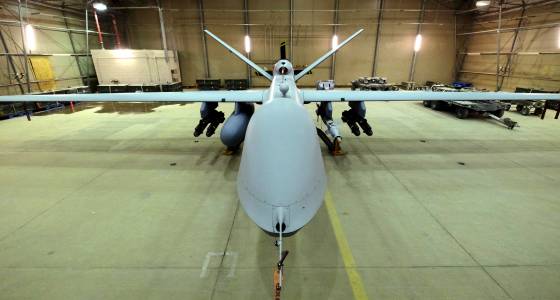 Lockheed Martin, the world’s largest defense manufacturer, has won a contract to provide Hellfire II missiles to the U.S. military for $427 million, the U.S. Department of Defense announced in a press release Tuesday. The missiles, designed to launch from aircrafts, are anti-armor and have the ability to break through heavily fortified vehicles like tanks.

The missiles that have a range of 26,000 feet will be distributed across the Army, Navy and Marine Corps. Hellfire II’s are commonly found onboard Army Apache attack helicopters and predator drones. Army Apache attack helicopters can carry up to 16 Hellfire II missiles, which are considered to have pinpoint accuracy by projecting laser beams aimed directly at intended targets. The U.S. military previously ordered 24,000 Hellfire II missiles in October, Sputnik News reported.

The weapons will be available to U.S. military members by Sept. 30, 2020, after manufacturing takes place in Florida, Alabama and Texas.

President Donald Trump implored a joint session of the US Congress in a speech Tuesday to increase military spending by $54 billion in order to “extinguish” the Islamic State. Trump also called on Muslim allies to work alongside the U.S. military in its efforts to eliminate “radical Islamic terrorism” from the planet.

The U.S. led all other countries on defense cost in 2015 by spending $595 billion, followed by China that spent $215 billion and Saudi Arabia that spent $87.2 billion.

Trump’s plan for the additional military funding is likely to come under fire from conservative-leaning Congressional Republicans as it does not involve cutting the costs of entitlement programs like Social Security or healthcare programs like Medicaid and Medicare. Trump has maintained the funds for the military spending increase will come from a booming economy.