Nobody wants to be Uber right now.In the past month, the San Francisco ride-hailing firm faced a customer boycott and sexual harassment allegations, which have devastated employee morale and steered users away from... 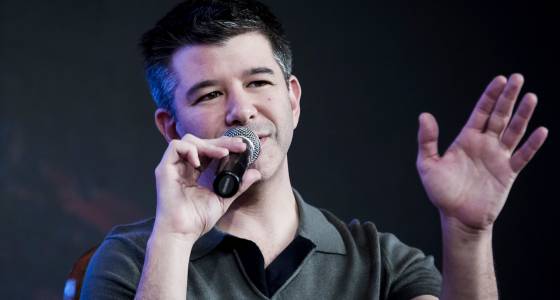 In the past month, the San Francisco ride-hailing firm faced a customer boycott and sexual harassment allegations, which have devastated employee morale and steered users away from the service. Then it was slapped with a lawsuit Thursday, in which Waymo — Google’s self-driving car project — alleged theft of trade secrets.

While Uber has in the past been adept at weathering bad publicity, brand and industry analysts are less sure about the company’s ability to emerge from the recent damaging events unscathed, particularly since Uber has pegged its future to self-driving cars.

It’s a remarkable turn of events for a company that had until recently plowed through any conflict on its path.

The lawsuit landed as Uber tried to right itself after 200,000 customers deleted the app because its chief executive served on a council advising President Trump. It was also reeling from allegations of a former employee who last weekend accused the firm of sexual harassment and a systemic cover-up — allegations that resulted in Uber recruiting former U.S. Atty Gen. Eric Holder to launch an investigation.

But the Waymo lawsuit may prove the biggest of the company’s many woes.

The lawsuit, filed in the U.S. District Court for the Northern District of California, alleged that former Waymo employee Anthony Levandowski downloaded more than 14,000 highly confidential and proprietary files shortly before his resignation in January 2016. He went on to found self-driving truck startup Otto, which was acquired by Uber in August of that year for $680 million. Levandowski now heads Uber’s self-driving car division.

Waymo alleges it’s a division that is using its proprietary technology.

“Instead of developing their own technology in this new space, Defendants stole Waymo’s long-term investments and property,” Waymo said in its complaint against Uber. In a separate blog post, Waymo wrote that it was seeking an injunction to “stop the misappropriation of our designs, return all trade secret information and cease infringing our patents.”

In response to the complaint, an Uber spokesperson said in a statement that the company had “reviewed Waymo’s claims and determined them to be a baseless attempt to slow down a competitor, and we look forward to vigorously defending against them in court. In the meantime, we will continue our hard work to bring self-driving benefits to the world.”

In addition to punitive damages, Waymo is expected to soon file a preliminary injunction against Uber to stop the company from continuing development on self-driving cars. Uber already has vehicles equipped with self-driving technology on the road in Pennsylvania and Arizona, but they were recently banned from California for operating without proper permits.

“This case is significant because not only does it allege a major effort to take confidential information, it alleges an effort to cover up his tracks,” said Daniel Handman, a partner at law firm Hirschfeld Kramer. “So the question for Uber is how much of this did they know, when did they know it, and what did they do about it? Because if Uber was complicit in this, that raises their level of culpability.”

Given the significant war chests of both companies (Alphabet has a market cap of $579 billion, while the privately held Uber has a valuation of more than $62.5 billion), a lawsuit could drag on for years and prove costly no matter its resolution.

Intellectual property attorneys drew comparisons between the Apple-versus-Samsung case, which took more than five years and went all the way to the Supreme Court, and the Mattel-versus-Bratz case, which lasted for eight years and resulted in hundreds of millions of dollars in legal fees.

In that time, the race to bring autonomous cars to the road won’t slow, but if Waymo is awarded a preliminary injunction against Uber, then, depending on the scope of the injunction, Uber may have to hit pause on the development of its self-driving car technology.

While Waymo and Uber’s battle plays out in court, brand and auto experts say Uber now has a significant trust problem on its hands.

“One of the biggest hurdles with self-driving cars is getting the individual in the vehicle for the first time,” said Grayson Brulte, an autonomous vehicle expert and consultant. “And the problem here is when consumers see a story about this, it’s not going to say Alphabet sues Uber, it’s going to say Alphabet sues Uber over self-driving car tech. Then consumers will go down a rabbit hole: Are Uber’s cars not safe? What do they not have that they have to steal?

“It could set back the adoption of autonomous vehicles by years.”

Brand experts believe Uber may be shooting its future self in the foot when self-driving cars become mainstream.

Uber claims at least an 80% share of the U.S. ride-hailing market, according to reports. It’s also the only American ride-hailing firm to have a global footprint. Despite its dominance, though, analysts said ride-hailing is increasingly being treated as a commodity, and consumers have very little brand loyalty. When a BMW, Ford or Volvo launch their own on-demand self-driving car services, Uber will struggle to hold on to its current customers unless it gives them reason to remain loyal.

“They have to make sure going forward that they are as transparent and honest as possible through actions,” Gillott Bowe said.

The company has taken steps to restore consumer trust. Chief Executive Travis Kalanick stepped down from Trump’s economic advisory panel in early February after his involvement drew widespread criticism. He also called in Holder to investigate the company’s harassment and diversity problems.

Which is an important start, brand experts said. But even Holder’s hiring has come under fire, with early Uber investors Mitch and Freada Kapor alleging in an open letter to the company that those in charge of the investigation are “insiders.”

“They are in crisis at the moment,” said John Paolini, executive creative director of branding firm Sullivan, who believes Uber could weather this but that it won’t come easily. “When you think of an organization like Uber, which is really in its infancy, it’s like a puppy chewing up the slippers and the furniture. They’re grown so much faster than they’ve ever imagined, and it probably feels a little out of control.”