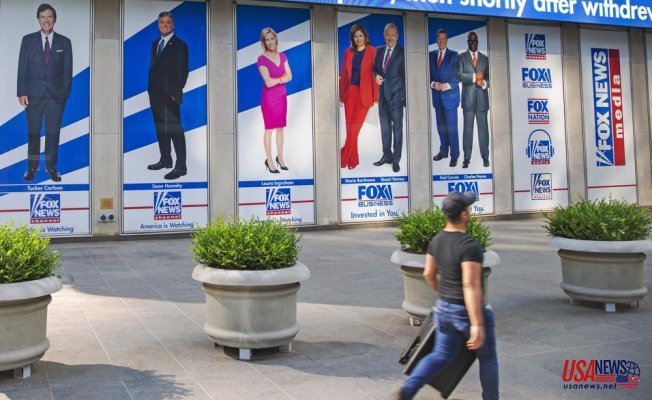 Jonah Goldberg, Stephen Hayes and The Dispatch's Substack newsletter, both on conservative news, were Fox employees since 2009.

They wrote that "the voices of the responsible have been drowned out" on their website. The Associated Press did not return messages on Monday.

Fox did not comment on the criticisms. Carlson stated to The New York Times that their departure was wonderful news. He said, "Our viewers will be thankful."

The Fox Nation streaming service released "Patriot Purge", a documentary that consists of three parts. Carlson claims Jan. 6 is being used to persecute conservative Americans. He also compares it to falsehoods used during the period leading up to the Iraq War.

Goldberg and Hayes called the documentary a collection of incoherent conspiracy-mongering, which is "riddled with factual inaccuracies, half-truths, deceptive imagery and damning omissions."

They claimed it was the worst example of a long-term trend in opinion hosts amplifying false claims and bizarre narratives from former President Donald Trump. Fox News side reports the truth.

They wrote that "If such a platform shares misinformation loudly and for long enough, there will be Americans who believe it -- and then act on it." "This isn't theoretical. This is what actually occurred on January 6, 2021.

They haven't appeared on many Fox opinion shows in recent years. Their most recent appearances were limited to being panelists for Chris Wallace's Sunday show or Bret Baier’s news show.