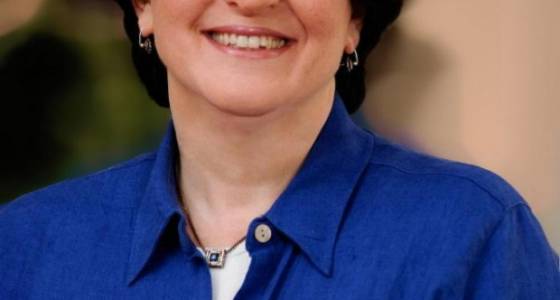 WASHINGTON -- The Trump administration's move to rescind bathroom access protections for transgender students rests on the idea that school bathroom policies are "a states' rights issue," as White House press secretary Sean Spicer has explained, and that, in any event, it is "preposterous on its face" that the authors of the federal law barring sex discrimination in schools imagined it would cover transgender students.

On the states' rights question, the administration is both wrong and offensive. On the issue of what the authors of Title IX contemplated in 1972, it is correct but irrelevant. The issue isn't what the authors intended but what discrimination "on the basis of sex" means.

For Gavin Grimm, the 17-year-old high school student whose case is now before the Supreme Court, it means that he is a boy -- he has an amended birth certificate saying so -- who, alone among the boys at his rural Virginia school, is barred from using the boys' room. Tell him that's not discriminating on the basis of sex.

The states' rights argument, redolent of 1960s resistance to civil rights protections for African-Americans is, to repeat Spicer's language, "preposterous on its face." Of course, education is traditionally a state and local issue. But the federal government provides billions of dollars every year to local schools -- and attaches a host of conditions to the receipt of that funding. Among those conditions: that they not discriminate on the basis of sex.

So the relevant question remains: Are transgender students protected under Title IX? Here, Spicer is undoubtedly correct that the authors of Title IX didn't have transgender students in mind. That's not the point, nor is it the way that the court interprets statutes. Back in 1972, no one imagined that sexual harassment was a form of sex discrimination. The legal theory didn't exist. That has not stopped the Supreme Court from recognizing that sexual harassment constitutes impermissible discrimination, including under Title IX.

Dismissing legislative intent in interpreting statutory meaning in favor of focusing on the language of the statute itself is not some rogue liberal method of judging -- it's what the late Justice Antonin Scalia advocated. Thus Grimm's lawyers, in their just-filed brief at the Supreme Court, cite Scalia from 1998: "Statutory prohibitions often go beyond the principal evil to cover reasonably comparable evils, and it is ultimately the provisions of our laws rather than the principal concerns of our legislators by which we are governed."

That case involved male-on-male sexual harassment in the workplace, clearly not what the authors of the 1964 Civil Rights Act had in mind when they made it illegal to discriminate in employment on the basis of sex.

Similarly, as the Justice Department under President Obama argued in a lower court brief in Grimm's case, "Treating a student differently from other students because his birth-assigned sex diverges from his gender identity constitutes differential treatment on the basis of sex under Title IX." Forcing Grimm, and Grimm alone, to use a separate, single-stall restroom, the Justice Department said, "singles him out in a way that is humiliating and stigmatizing."

This, the Trump administration notwithstanding, is not a wacky legal interpretation. The majority of lower courts that have considered the issue have agreed that discriminating against a transgender individual is sex discrimination under federal civil rights laws and the Equal Protection Clause.

The Trump administration is making a big fuss over the Obama administration's decision to express its position through a guidance letter to school districts rather than by passing a new regulation. Don't let that distract you. What really matters is whether transgender students are protected by the law and the Constitution.

On that question, it might help to consider what Gavin Grimm had to tell the Gloucester County School Board when his legal odyssey began three years ago: "All I want to do is be a normal child and use the restroom in peace, and I have had no problems from students to do that -- only from adults."