Galleries Videos CONTACT ADVERTISE
Famagusta 32°
few clouds
BUSINESS EDUCATION ENTERTAINMENT HEALTH POLITICS SCIENCE SPORTS TECHNOLOGY
12:08 Guide To Online Sports Betting: How To Choose A Sportsbook
08:28 What Are Some Reasons to Consult a Brain Injury Lawyer?
09:24 Blockchain Solutions for Enterprises: How To Increase Efficiency And Profitability
07:06 How To Deal With A Car Crash In New York
17:43 Tips to keep in mind while choosing the casino site
11:34 Relation Between Employee Theft and Pre-employment Screening Check
04:37 Search your own desired site to play sports for betting
18:00 Top 3 Career Path Options for Business Analysts Preview
15:35 The history of Imen Jane, who is the influencer and the charges on the...
18:48 Sebastian Vettel's Greatest Races
BIST
1124
GOLD
474.436
USD
7.8310
GPB
10.0795
EUR
9.1418
Breaking News
Top 3 Career Path Options for Business Analysts Preview
Close

New Yorkers are uniquely able to appreciate the favor President Trump is doing for the people of Washington, DC, by not venturing out of the White House and into their neighborhoods.For decades now, presidential visits here have meant Bill-lock, Bush-lock... 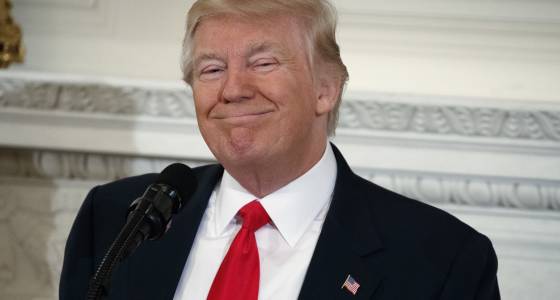 New Yorkers are uniquely able to appreciate the favor President Trump is doing for the people of Washington, DC, by not venturing out of the White House and into their neighborhoods.

For decades now, presidential visits here have meant Bill-lock, Bush-lock and Bam-lock — gridlock imposed as the Secret Service shuts down streets for security.

Washington has long seen much the same mess, but much more frequently, whenever the chief executive ventures out to a school or area business to make some symbolic political point.

It’s even worse when a prez heads to a local eatery in a lame p.r. effort to come off as “just folks.” (Though, the huge entourage proves he’s not.)

The one time Trump “left the reservation” so far was last Saturday night — when he skipped off to the BLT Steakhouse inside DC’s Trump Hotel, just five minutes from the White House.

According to the Independent Journal Review’s Benny Johnson, who got a tip about the visit and managed to snag a table, the security was notable but not too disruptive — and the president discreetly tipped the busboy a Benjamin.