In the month since Donald Trump was inaugurated as the 45th president of the United States, his opponents on the left, in the media and in the Deep State of bureaucrats and renegade spooks have waged a nonstop campaign to delegitimize his administration.... 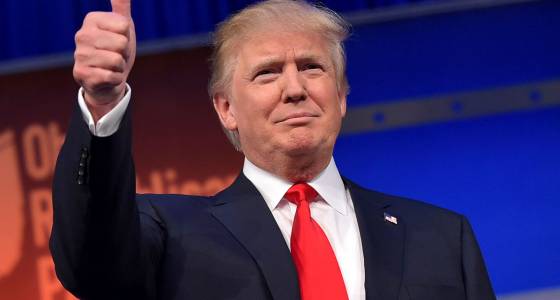 In the month since Donald Trump was inaugurated as the 45th president of the United States, his opponents on the left, in the media and in the Deep State of bureaucrats and renegade spooks have waged a nonstop campaign to delegitimize his administration. Flying the fanciful banner of the “Resistance,” they’ve pounced on every misstep, hoping to project an image of chaos, ineptitude and scandal engulfing the White House.

The dreaded word “impeachment” is even being muttered in the fever swamps. Never mind that the president has done nothing impeachable, or that there’s zero chance Congress would go along. Or that the hubbub over the quick resignation of National Security Advisor Mike Flynn has died away as Trump’s settled on H.R. McMaster as his replacement.

The outcry might lead many to believe that Trump’s first 100 days, now in progress, have already been an unprecedented disaster.

But, in fact, by historical standards, they’ve been a striking success, especially for his supporters. He’s made a solid choice for the Supreme Court in Neil Gorsuch, has moved swiftly to restore the rule of law and regain control of the immigration system — all while trying to install his Cabinet and get on with the business of governing. Compared to some past presidents, he’s had a smooth run.

Just take Thomas Jefferson: During his first term, his vice president, Aaron Burr, shot and killed Alexander Hamilton and hatched a plot against the US.

Or Abraham Lincoln. Honest Abe lost his first secretary of war, Simon Cameron, during the first year of his presidency when Cameron resigned amidst corruption charges.

The Bay of Pigs disaster came less than three months after JFK’s inauguration in 1961.

Or consider Bill Clinton’s rookie inability to find an attorney general, when he lost Zoe Baird and Kimba Wood in succession over undocumented-nanny issues; and the withdrawal of Bill Richardson’s nomination for Barack Obama’s commerce secretary in the teeth of a federal investigation.

And then there was 9/11, just eight months into George W. Bush’s presidency.

Point is, no president is ever fully in charge of his own administration. Even with the smoothest possible transition — and the die-hard Democrats have made sure Trump’s has been as rocky as possible — Cabinet candidates fall, hidden scandals bubble to the surface, history takes a crazy bounce. And everybody blames the man in the Oval Office.

They expect too much.

Conflict, not consensus, is the grease that makes the wheels of government turn correctly, sparing us from potential disasters as ideas are hashed out, sometimes messily.

Imagine what went on behind the scenes during the Bay of Pigs fiasco. And yet from that Kennedy learned how to correctly play his hand against the Soviets the following year during the Cuban missile crisis.

In Trump’s case, he’s moved quickly to push his advantage when he has it — Homeland Security chief John Kelly’s recent announcement that immigration laws will henceforth be enforced, the restoration of bathroom sanity — and cut his losses when he had to, as with Russia-friendly Flynn and Andrew Puzder, his nominee for secretary of labor, who withdrew on the eve of his confirmation hearing.

Smart moves both. Flynn’s resignation — and his controversial son’s ouster from the campaign earlier — knocked the wind from the sails of the “Trump’s in bed with the Russians” narrative, and in Puzder the left got the scalp of a prominent opponent of the minimum wage.

It’s all about picking your fights and holding the high ground.

Indeed, the “chaos” has helped Trump understand he’s in for a prolonged battle against intractable opponents. As top adviser Steve Bannon said to conservative supporters last week: “If you think they are going to give you your country back without a fight, you are sadly mistaken. Every day it’s going to be a fight.”

Trump gets that now. And if things get messy now and again, that’s all part of democracy. Who’s against that?

Michael Walsh is an author, screenwriter and contributing editor at PJ Media. His most recent book is “The Devil’s Pleasure Palace.”