Galleries Videos CONTACT ADVERTISE
Famagusta 25°
clear sky
BUSINESS EDUCATION ENTERTAINMENT HEALTH POLITICS SCIENCE SPORTS TECHNOLOGY
12:08 Guide To Online Sports Betting: How To Choose A Sportsbook
08:28 What Are Some Reasons to Consult a Brain Injury Lawyer?
09:24 Blockchain Solutions for Enterprises: How To Increase Efficiency And Profitability
07:06 How To Deal With A Car Crash In New York
17:43 Tips to keep in mind while choosing the casino site
11:34 Relation Between Employee Theft and Pre-employment Screening Check
04:37 Search your own desired site to play sports for betting
18:00 Top 3 Career Path Options for Business Analysts Preview
15:35 The history of Imen Jane, who is the influencer and the charges on the...
18:48 Sebastian Vettel's Greatest Races
BIST
1124
GOLD
458.712
USD
7.6460
GPB
9.7865
EUR
8.8844
Breaking News
Top 3 Career Path Options for Business Analysts Preview
Close

President Donald Trump's on-the-job training continues. On Monday he revealed to reporters that he had learned a valuable lesson about reforming Obamacare: It's hard."It's an unbelievably complex subject," he told reporters Monday in the White... 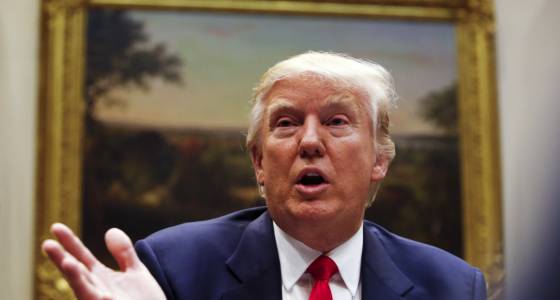 President Donald Trump's on-the-job training continues. On Monday he revealed to reporters that he had learned a valuable lesson about reforming Obamacare: It's hard.

"It's an unbelievably complex subject," he told reporters Monday in the White House. "Nobody knew health care could be so complicated."

Translation: This president didn't have a clue that health care could be so complicated.

Actually his ignorance has been pretty obvious all along to anyone who listened to his campaign rhetoric about the Affordable Care Act, also known as Obamacare, and compared it to reality.

On the other hand, perhaps you have heard someone say something like this: "I'm glad President Trump is getting rid of that Obamacare. I get my health insurance through the ACA."

Yes, more than a third of Americans, according to one early February poll, don't understand that Obamacare and the ACA are the same thing.

I'm not surprised. Let us not forget that the nickname Obamacare was created by Republican strategists to politicize and, some believe, racialize the ACA to make it sound about as appealing as the Ebola virus.

The commotion that you hear coming from the White House is the sound of chickens coming home to roost. Throughout his campaign, Trump passionately pledged to immediately repeal and replace the ACA, which Trump called "terrible" and other unkind things.

And what would he replace it with? "Something terrific," he responded in speeches, news conferences and debates.

Yet a funny thing appears to have happened since he became President Trump. He has begun to warm up to the law's most popular part: its benefits.

After his first visit with President Barack Obama at the White House, the incoming president was promising to keep the most popular provisions of the ACA, such as protection of coverage for pre-existing conditions and allowing children to stay on their parents' plans until age 26.

And as Trump has warmed up to Obamacare, so has the public, even as the Trump White House and congressional Republicans are determined to repeal and "repair" it.

In fact, support for Obamacare has reached an all-time high, according to two recent surveys. The latest Health Tracking Poll from the Kaiser Family Foundation found that 48 percent of Americans view the law favorably, compared with 42 percent who hold an unfavorable view.

The other survey, from the Pew Research Center, found 54 percent of Americans approve of ACA, while 43 percent disapprove. Both approval ratings were the highest recorded for the ACA, according to Kaiser and Pew.

Maybe the health care law's popularity has gone up precisely because Republicans are trying to get rid of it. Sometimes we humans simply don't appreciate something until it's gone — or about to be gone.

Or maybe the renewed attention spurred by the renewed Obamacare debate has helped more Americans to learn what Obamacare really is — and find out that maybe it's not so bad after all.

The president has exuberantly promised better care at lower cost without offering a clue as to how he's going to pull off that magic act. Congressional Republicans are determined to cut taxes on the wealthy, which would leave even less money to cover people who need health care.

That's why reports by the independent Congressional Budget Office persistently conclude that millions who now have coverage would lose it under the various Republican replacement plans that have been offered.

Could the bipartisan cooperation that Obama sought without success for his signature health care law now emerge under Trump? Former House Speaker John Boehner predicted as much last week at a health care conference in Orlando, Fla. Republicans, he said, are "basically going to fix the flaws and put a more conservative box around it."

I agree. I only wonder whether they'll call it Trumpcare.

Clarence Page, a member of the Tribune Editorial Board, blogs at www.chicagotribune.com/pagespage.

Donald Trump's populism is a charade