Virginia Gov. Terry McAuliffe, D, said Department of Homeland Security Secretary Michael Kelly assured him Sunday that immigration agents are not conducting random raids and will not target undocumented residents unless they are suspected of being involved... 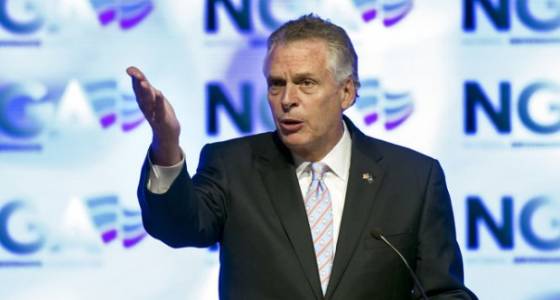 Virginia Gov. Terry McAuliffe, D, said Department of Homeland Security Secretary Michael Kelly assured him Sunday that immigration agents are not conducting random raids and will not target undocumented residents unless they are suspected of being involved in illegal activity.

"He explained to me what the new procedures were," McAuliffe said Sunday after a private 45-minute briefing with Kelly, a retired general. "I do take a four-star U.S. Marine general at his word."

McAuliffe, who was in Washington for the winter meeting of the National Governors Association, which he chairs, had asked Kelly for a meeting to discuss reports that federal agents recently rounded up people outside a church charity shelter in the Washington suburbs of Northern Virginia.

The governor has repeatedly faulted the Trump administration for taking an aggressive stance against immigrants, saying it creates a climate of fear and scares away foreign businesses that might want to locate in the state. McAuliffe attended a rally at Dulles International Airport the day Trump imposed his travel ban on people from seven Muslim-majority nations, which has since been stayed by a federal judge.

"I am very concerned about this. It has had a chilling effect," McAuliffe said. He has said that two businesses that were considering Virginia locations have already walked away out of worry that they would not be welcome.

But in Sunday's meeting, which was closed to the press, Kelly assured him that there will be no random raids.

"He told me that is not going to happen," McAuliffe said.

He said he told Kelly that the Trump administration had done a terrible job of making its policy understood by the public. "They need to do a better job with communications because they have scared people," McAuliffe said.

He said the general responded with "exasperation" and "frustration." McAuliffe said Kelly told him that he had "tried to get this message out, but it's just not being reported."