This week, Senate races are to create a bipartisan gun bill -- but runs into hurdles 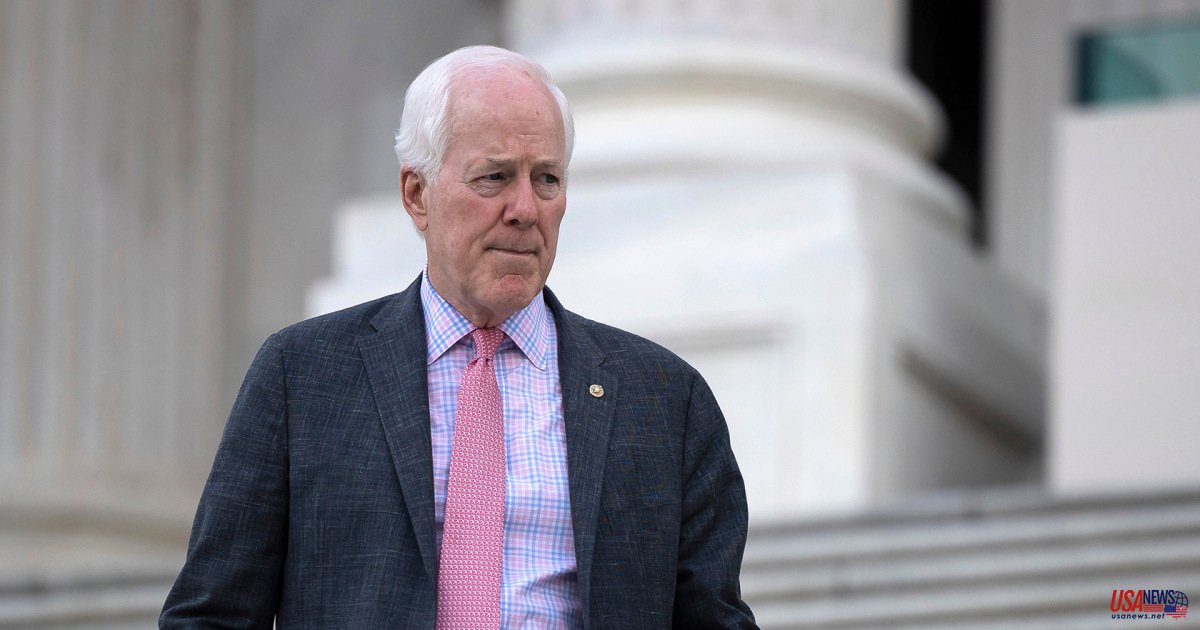 WASHINGTON -- Senator John Cornyn is the Republican leader in negotiating a bipartisan framework to combat gun violence. He said Monday that the 10 GOP senators that signed onto the framework were "rock solid" supporters of the cause.

The senators are racing to finish the bill this week, in hopes of passing it before the July 4 recess. But they're facing many challenges.

They must write a bill to satisfy Democrats' desire to make meaningful progress without alienating Republicans. Republicans are sensitive to the fear that any action could lead to a weakening gun rights. GOP leaders want to get at least half of their 50 members on board with the bill.

The most significant hurdles are the "red flag" provisions. These are meant to ensure due process before gun rights are taken from dangerous persons. Background checks for Americans 18-21 that allow access to juvenile records are also important.

Sen. Mitt Romney (Republican from Utah), one of the 10 GOP signatories, said that "the devil's is in the details." "I feel it's going be a challenge."

"The main question is about due process under red-flag laws. Romney stated in an interview that this would be a difficult area. "And then, similarly, access to juvenile records is going to be difficult because the laws in each state regarding the elimination of juvenile records are different. These differences are draft persons' nemesis.

Sen. Richard Blumenthal (D-Conn.), who co-wrote the red flag language along with Sen. Lindsey Graham (R-S.C.), said that he's been working on the issue for four-and-a-half-years and knows the challenges.

"There will be some complexities. This is the first time we have ever drafted a statute of this type. He said that Lindsey, me and others have drafted many statutes but none that would get 60 or 70 votes. "I feel very happy about Lindsey landing a red-flag statute."

Senator Minority Leader Mitch McConnell (R-Ky.), whose support could determine the bill's chances of defeating a GOP Filibuster, was positive when asked if he thought the text could be completed this week.

He told NBC News that it looked like they were heading in the right direction.

However, there could be other problems when lawmakers try to clarify who needs to register for a Federal Firearms License. This would require background checks on buyers and address the "boyfriend loophole". These are two issues that have been a sticking point in previous legislative attempts.

"We have closed the boyfriend loophole. "This is an extremely troubling loophole in our law which allows men who have been convicted of assaulting their girlfriends to continue buying weapons," said Sen. Chris Murphy, Connecticut's leading Democratic negotiator for the bipartisan agreement. "Even if you were convicted of the same crime as your spouse, you are prohibited from purchasing weapons."

Cornyn stated that he hopes to finish the bill text by this week and give Senate Majority leader Chuck Schumer (D-N.Y.), the time to hold a voting next week. He did not express any opinion about whether amendments should be made, but stated that he wanted to pass the bill.

Cornyn was asked how important the National Rifle Association's position is. He replied: "I don’t think any one organization will control the outcome."

The cost is another unresolved issue. Two sources familiar with the Senate framework stated that lawmakers anticipate the bill will cost between $15 billion and $20 billion.

A Cornyn aide dismissed that number, saying that it was impossible to know at the moment because the bill isn't yet written.

It is not clear how many Republicans will support this bill. Many of them say they will wait until the text is released before making a decision.

Sen. Chuck Grassley (R-Iowa) stated that he was encouraged by the decision. "They are very reasonable, but we'll have to look at the text."

"I only need to look at the details. "I'm open-minded and looking at it," Senator Shelley Moore Capito (R-W.Va.) said. "I commend them for creating a framework. That's great work!"

Senator Mike Crapo (R-Idaho) stated that he was open to doing anything if it didn't violate the Second Amendment.