The U.S. Capitol is the last place where the WWII Medal of Honor recipient was honored 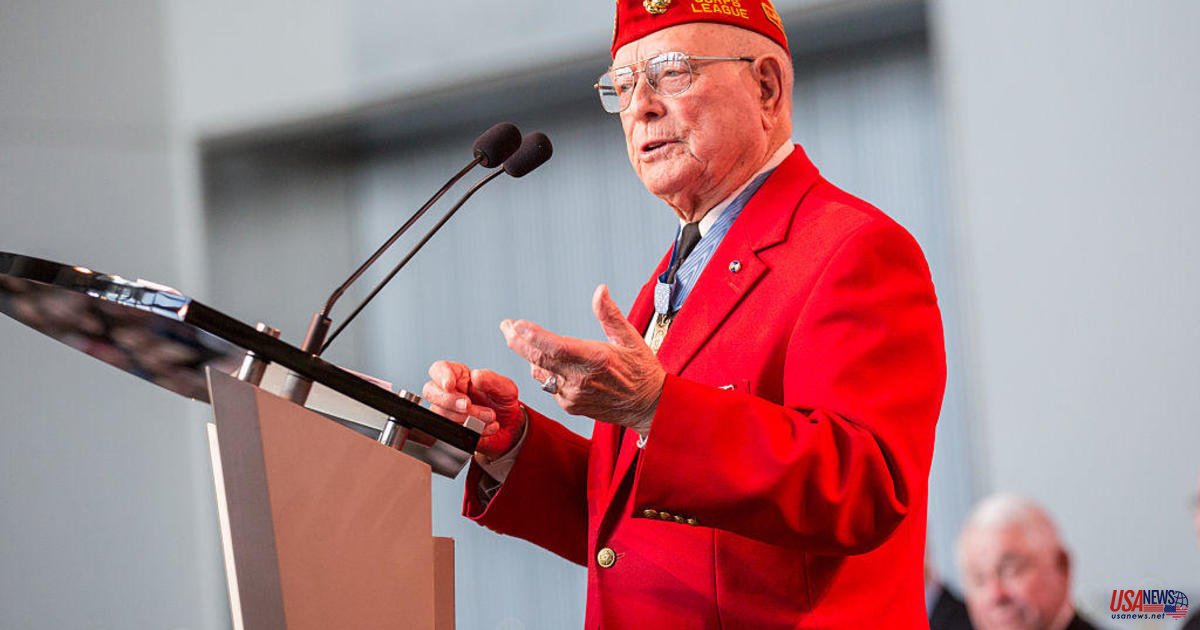 According to Nancy Pelosi, House Speaker, and Chuck Schumer, Hershel W. “Woody” Williams, the Medal of Honor recipient from World War II will be buried in U.S. Capitol.

Pelosi and Schumer announced in a joint statement that a date and other details would be revealed later.

Williams, who was 98 years old, is remembered in West Virginia as a legend for his bravery under fire during crucial hours of the battle for Iwo Jima. Williams, a Marine Corps young corporal, was able to lead his unit and eliminate a number of Japanese machine gun positions in February 1945. Williams was under small-arms fire for four hours and returned to the preparation of demolition charges and to obtain flamethrowers.

During an interview with David Martin, CBS News' national security correspondent, Williams recalled how it felt to be recognized for his service.

Williams said, "I had never imagined being able to meet a President of America. And I'm shaking hands with him." Talk about a scary moment! "I was a complete wreck!

U.S. Senator Joe Manchin stated that Williams "never stopped giving back" during remarks at a Charleston memorial Sunday. This included raising money to support the families of gold stars -- those who are immediate relatives of fallen service personnel -- through an annual motorcycle ride.

Manchin stated that the project has raised hundreds of thousands of money. Manchin joked that "it's never going to stop, because Woody will come after me in an instant."

Manchin, a West Virginia Democrat said he will miss Williams calling him, noting that Williams would always give directions and to-do list lists.

"I will miss him telling me how to vote. Manchin stated that he was disappointed in me for not voting.

General David H. Berger was the commandant of U.S. Marine Corps. He said that Williams never believed that he could accomplish that feat on his own. He never forgot to acknowledge the men of his team, many of whom never returned home.

Berger noted that "Woody may have been the most genuine person I've ever met", referring to his unique mix of humor and humility. He could make you smile. He could make it easy for you to care. He was a gift.

Williams served in the Marines for 20 years before he was discharged. He then worked 33 years for the Veterans Administration as a representative for veterans. The Huntington VA medical centre was renamed after him in 2018, and the Navy received a sea-going mobile base vessel named in his honour in 2020.

Berger stated, "He left an indelible impression on our Marine Corps." His legacy will continue as long as there are Marines.

Manchin stated that Williams would lie at the Rotunda in state, but Pelosi said he would do so in honor. According to the Architects of the Capitol, who oversees the building's construction, the distinction is that military officers and government officials lie in state, while private citizens lie honor.