The hapless MP rescued in his shoes and nothing more, on a frigid Ottawa night, by bemused Commons security guards, having drunkenly locked himself out of his own office while engaged in unparliamentary affairs with a staff member, could be confident of two... 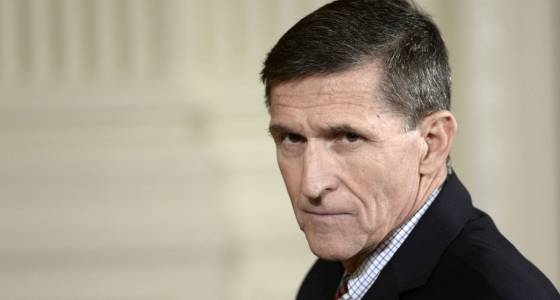 The hapless MP rescued in his shoes and nothing more, on a frigid Ottawa night, by bemused Commons security guards, having drunkenly locked himself out of his own office while engaged in unparliamentary affairs with a staff member, could be confident of two things: frostbite in new places and secrecy. It was in no one’s interest to break the code of silence that enveloped political private life.

That story was passed orally over many years in 1970s Ottawa. Many knew the dim member, and that he had avoided being caught in flagrante on many occasions. Most of them are now dead, and those remaining will never tell. The shared secrets of political life included private nightmares and past indiscretions. They were held sacrosanct across the aisle. It was not a healthy culture for many caught within it, but it was dependable. A leader’s problems with drink, his wife, or his bank account were not the stuff of gossip for a tweet, and not thought suitable for voters’ eyes. That was then.

When attempted private Christmases with billionaires ended badly for Rona Ambrose and Justin Trudeau, a millennial friend exclaimed, “Don’t they know that secrets are so 20th century! They should give their heads a shake ...”

Now oldsters’ unwillingness to accept this new reality have claimed their first victim in the Trump administration. That it should have been a seasoned spy with career-long familiarity with secrets, their protection and their damaging revelation, is deliciously ironic.

National Security Advisor Michael Flynn was not so dim as to believe his illicit conversations with a senior Russian diplomat were not being monitored on each end. Rather, he had faith in the old rules. That it was in neither side’s interest to break convention and reveal conversations that had to remain secret, to be useful. As an old-timer who had recently flirted with the power of a nasty tweet he should have known better. Not least because he was not only putting himself at risk, but also the very credibility of a new and shaky administration.

“What did the President know? And when did he know it!,” thundered Senator Howard Baker, on live national television for weeks. Slicing relentlessly into the web of lies woven to shield the Watergate slime from reaching the Oval Office, Baker knew it was never the misdeed, but the attempted coverup, that could end Nixon’s presidency. What did this president know and when did Flynn tell him, about his efforts as a still private citizen, to undermine the Obama-regime sanctions against the Kremlin?

Now this will turn ugly, with transcripts and breathtaking revelations of stupidity on the part of the Trump team. The House and Senate investigations will become magnets for public attention again for many weeks, as were the Watergate hearings. The slow painful drip of political reputations leaking away fatally will be relentless. Unlike then, each drip will travel the world in seconds, to audiences of millions, and be hyped and jeered in real time.

Trump understands there was not then, and there is most definitely not now, such a thing as a “limited hangout”: a half apology, a too late grudging acknowledgement of a dumb idea. Today, transparency is not a virtue, it is a shield. Today, a live television apology is not an option, but a survival strategy. And today, you have only days to accept that, script it, rehearse it, and then deliver it with all the bathetic unctuousness you can muster.

Even in this digital glass house in which all public life can today be observed by all, there will still be secrets. And neither is this strange new twitterverse a great leap forward. Secrets will always remain an essential tool of politics and statecraft. New devices to shield them from prying digital eyes will get better.

Diplomatic tradecraft depends on private concessions offered in secret to enemies, in order to get safely to new public agreements. Imagine an Iran nuclear deal, involving hundreds of hours of negotiation, in many locations with dozens of players, over several years, having been pounded out on live television. Impossible.

But if you are Michael Flynn, or Donald Trump, or even a very junior political staffer, today’s reality means you measure secrets in hours not days. You bulletproof your communications by running them through the essential Times test: “Can we survive this appearing on the front page of the New York Times?” And then you pray.

Robin V. Sears, a principal at Earnscliffe Strategy Group and a Broadbent Institute leadership fellow, was an NDP strategist for 20 years.

Robin V. Sears, a principal at Earnscliffe Strategy Group and a Broadbent Institute leadership fellow, was an NDP strategist for 20 years.