The Obama library and the promise for real revival in Woodlawn

When it opens in 2021, the Barack Obama library and museum can be more than a monument to the legacy of America's first black president and a Chicago favorite son. Sited in historic Jackson Park on the South Side, it could help its neighbor to the west,... 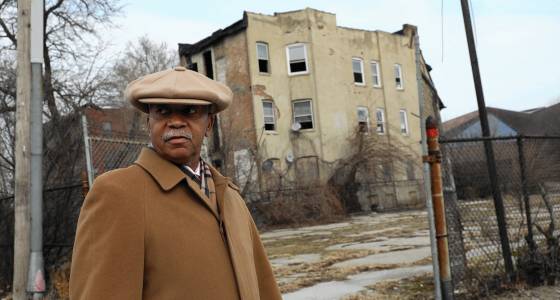 When it opens in 2021, the Barack Obama library and museum can be more than a monument to the legacy of America's first black president and a Chicago favorite son. Sited in historic Jackson Park on the South Side, it could help its neighbor to the west, the Woodlawn community, complete a revival that has progressed in fits and starts for decades.

Will it? That depends on the commitment of everyone with a stake in the project — Obama's team, Mayor Rahm Emanuel, local aldermen, the University of Chicago, and Woodlawn leaders and residents. It won't be easy, given the neighborhood's history of churning out visions that never get realized.

"Woodlawn is always on the cusp but never quite getting there," Kim Goluska, an urban planner who has done projects on the South Side, told the Tribune's Kathy Bergen and Angela Caputo.

The 1990s brought hopes of redevelopment on the eastern side of Woodlawn with the teardown of a milelong stretch of CTA "L" tracks over 63rd Street. The driving force behind the idea was Bishop Arthur Brazier, a civil rights leader who led Woodlawn's Apostolic Church of God. The tracks came down in 1997, Apostolic and the Woodlawn Community Development Corp. bought properties along 63rd at a discount or for unpaid taxes … and development never came. Most of that land is empty or used for parking.

Brazier died in 2010, and Apostolic is now run by his son, the Rev. Byron Brazier, who has taken up the cause of leveraging the Obama library into an economic renaissance for Woodlawn. The elder Brazier, who once marched alongside the Rev. Martin Luther King Jr., built a reputation of striving for change through confrontation. With Woodlawn and the library, the younger Brazier pursues a more productive tack: collaboration.

He has started by setting up an effort called 1Woodlawn, which gathers from the community ideas that will help shape a master plan for redevelopment. Brazier also has long-standing ties with the Obama family, Emanuel and the University of Chicago — stakeholders Woodlawn needs to make a rebirth happen. The U. of C., which developed the winning bid to bring the project to the South Side, has the urban affairs expertise to revise and improve a plan as needed. Emanuel and the area's aldermen will oversee the project, including working with Metra to upgrade stations at 59th and 63rd streets, and other infrastructure improvements.

Listening to the community will be key. Longtime residents worry, for example, that the library will trigger gentrification that prices them out of their homes. Whatever master plan emerges should embrace a mixed-use strategy. Dream big: affordable housing with new retail, restaurants and even light manufacturing.

We all know that deadlines drive projects. They force action and flag the kind of inaction that has stalled Woodlawn's redevelopment for too long. And if a push is needed when wheels start to spin, who better than a former president? He came into town earlier this month to chat with civic leaders about the library project, and has indicated he'll be back to take a hands-on role in planning. The library will have his name on it, and he'll want to make sure it seeds the neighborhood revival he and the Obama Foundation, the library's overseer, promise.

Woodlawn and surrounding communities have been handed a unique catalyst — a presidential library along the lakefront, dedicated to the only Oval Office occupant from Chicago. Foundation, City Hall and Woodlawn leaders: Make the most of this opportunity for uplift.