Chyler Leigh’s Alex won’t be appearing in the second episode of the highly anticipated musical crossover between “The Flash” and “Supergirl.” But executive producer Andrew Kreisberg made it clear that the decision to not bring Alex to Central... 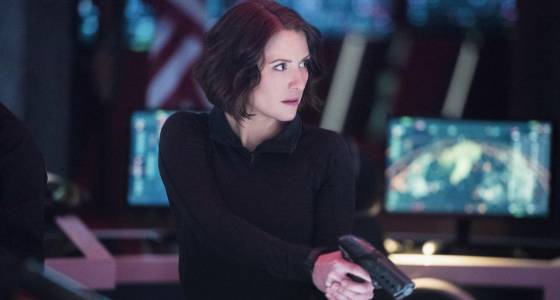 Chyler Leigh’s Alex won’t be appearing in the second episode of the highly anticipated musical crossover between “The Flash” and “Supergirl.” But executive producer Andrew Kreisberg made it clear that the decision to not bring Alex to Central City for the second installment of the two-night event doesn’t have something to do with actress’ singing abilities.

“We would’ve had everybody, because I know this one can sing,” Kreisberg told Entertainment Weekly, referencing Leigh, who just made her singing debut on her husband’s new single released last Valentine’s Day. “But somebody actually had to be part of an episode of ‘Supergirl,’ because we actually keep filming these things.”

So while other “Supergirl” cast members are away filming for “The Flash” musical episode, Alex and Floriana Lima are shooting future episodes of the CBS-turned-CW series, in which their characters, Alex and Maggie “have a bigger storyline … to free other people up.” The exec producer added that there will also be a big hour for Winn (Jeremy Jordan), James (Mehcad Brooks), and Lyra (Tamzin Merchant) in episodes 16, as well as episode 18.

As previously reported, the musical — which finds The Flash (Grant Gustin) and Supergirl (Melissa Benoist) facing off against villain Music Meister (Darren Criss) — will kick off at the end of the “Supergirl” March 20 episode and will continue the following night in “The Flash,” where the bulk of the action takes place.

“Supergirl” airs every Monday at 8 p.m. on The CW, while “The Flash” airs every Tuesday in the same time slot.

Executive producer Andrew Kreisberg revealed that the decision to exclude Alex from the second episode of “The Flash,” “Supergirl” musical crossover doesn’t have something to do with Chyler Leigh’s singing abilities. Photo: The CW