The evidence presented by the Jan. 6 committee spoke for itself. Is the Justice Department listening to?

WASHINGTON -- The star witness was the evidence. 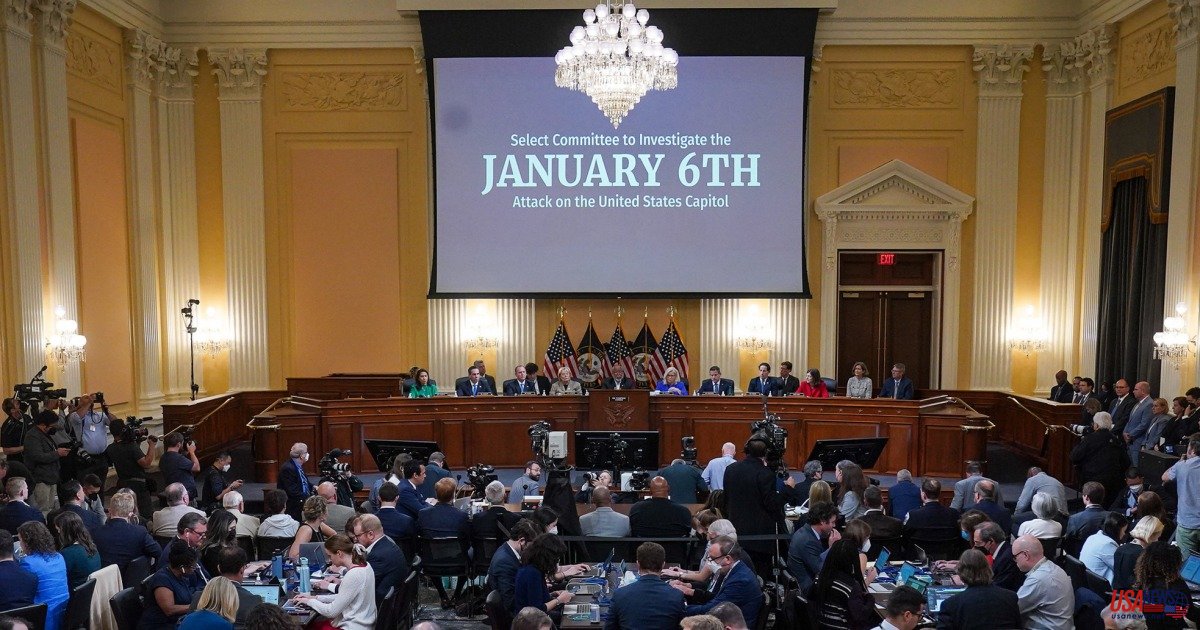 WASHINGTON -- The star witness was the evidence.

The House Jan. 6 Committee began to present its case Thursday in painstaking detail and using brutal new footage of attack on U.S. Capitol. It argued that the insurrection had been planned and that it was just one part of an illegal and extensive offensive by Donald Trump to stay in power.

"President Trump summoned a mob, assembled it, and lit the flames of the attack," Wyoming Rep. Liz Cheney said at the panel's first public hearing.

The audience for the six hearings scheduled by the committee over the next weeks is not composed of fellow lawmakers and, despite Thursday's prime-time schedule, it's not really the general public. The former president will not be impeached, and neither the White House nor Democratic strategists are optimistic about significant public opinion movement.

Chris Kofinis, a Democratic strategist and conductor of focus groups, stated that "it's not an area that is top-of-mind for voters." "Inflation is."

Instead, the work of the committee is geared towards the Department of Justice's top brass who will decide whether or not to charge Trump and his circle of friends.

This explains why there was so little grandstanding from members of the committee -- Cheney and Chairman Bennie Thomson, D-Miss. spoke at Thursday's hearing.

The panel let the evidence (in the form of footage and testimony) speak for itself.

According to Rep. Stephanie Murphy (D-Fla.), who is a member the select committee, there is still much to be done to demonstrate Trump's involvement in coordinating an attack on the election as well as the peaceful transfer power.

She stated that she saw the "violent physical part" of Donald Trump's overall strategy to keep power. "There were also attempts at the federal, state, and local levels to inflict physical violence on Jan. 6."

This story is both simple and complex at the same time. The panel claims that Trump used violence, the presidency and the legal system to attempt to erase the 2020 election.

The details are important if the committee wants to force the Justice Department into following him.

According to video testimony recorded Thursday night, Trump's campaign aides and the then-AttorneyGeneral William Barr told him that he had lost an honest election days after they closed in November 2020.

"It affected me perspective," Ivanka Trump, former president's daughter, said to committee investigators about Barr's declaration that the election was valid. "I believed what he said."

Trump refused to concede and chose to fight -- and he exhorted his most passionate supporters to do so too. He tweeted, "Be there, Will be wild!" to promote the Jan. 6, 2021 "Stop the Steal” rally where he would encourage followers to march to the Capitol.

The panel viewed video of protesters who claimed that Trump summoned them.

The committee saw a clip showing the leaders of two right-wing extremist groups, Oath Keepers and the Proud Boys, meeting in a Washington, D.C. garage on January 5, 2021. Thompson asked Nick Quested about the film that captured the meeting and Thompson said that the Proud Boys arrived at Capitol Jan. 6, just before Trump spoke at Ellipse.

They weren't there to hear President Trump's speech. This is because they marched toward the Capitol from that area before Trump's speech began," Thompson stated in summarizing Quested’s testimony. They walked around Capitol that morning. "I'm worried that they were able to see which defenses were in place, and what weaknesses might be."

Caroline Edwards was a Capitol officer who was knocked out during the melee. She testified Thursday night that it was like a war scene as cops engaged with Trump supporters in hours of hand to hand combat.

Trump repeated his desire that Vice President Mike Pence refuse to certify the election. Insurrectionists shouted "Hang Mike Penne!" at the Capitol. Pence avoided a fight with the mob by avoiding a narrow defeat.

Insurgents pounded police officers who tried to stop them outside the Capitol.

Edwards testified that "I was slipping into people's blood." "I was catching people falling." It was carnage, chaos."

Murphy stated that the Capitol storming is the most visible evidence that the committee will present but it is not the most salient.

"While violence is shocking and likely elicits strongest emotions because of how horrendous it is for officers to be beaten," she stated, "the scheming and alternate legal theories cultivation of the "big lie", the use of social media in order to generate anger and undermine election results are more insidious."

Cheney gave an overview of the topics for Thursday's remaining hearings: Trump's "big lie" about the election being stolen; Trump’s attempt to replace Barr to use the Justice Department as a platform to spread the lie; his persistent campaign to press Pence and other state officials to reverse the election outcome; and more details on his role in inciting the insurrection.

She also reported news that emphasized the committee's focus in persuading Justice Department: Rep. Scott Perry (R-Pa.) and other lawmakers sought pardons for Trump to protect themselves from prosecution over their role in trying to overturn election results, she stated. A Perry spokesperson called the allegation "ludicrous" and "soulless".

Thompson stated to NBC News in a story that he had previously published this year that the evidence gathered 2021 pointed to Congress asking the Justice Department for its work to be used as the basis of prosecutions.

He stated that there is potential for criminal referrals.