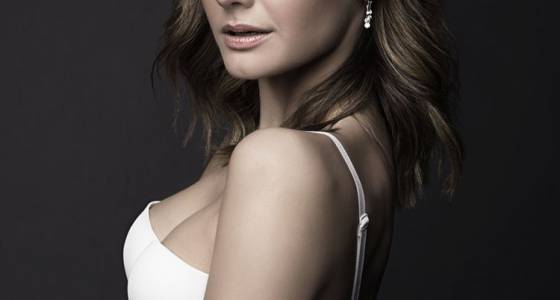 Does Terrence (Michael Vartan) have feelings for Megan (Christine Evangelista)?

In the trailer for Season 1, episode 7 of “The Arrangement,” Megan gets a little frisky with Terrence (Michael Vartan) and even kisses him on the lips. But is that really Megan? Probably not.

According to the synopsis for the episode, Terrence goes on a journey of self-reflection following a confrontation with Kyle (Josh Henderson). So it’s more likely that the promiscuous scenes between Megan and Terrence in the trailer are just all in his head. But why does Terrence think of Megan in such a sexual way? Is he secretly in love with Megan? Only time will tell.

READ: Christine Evangelista reveals she could have been in “Divergent”

In Season 1, episode 6, Terrence and Kyle came to a head when the former threatened to destroy the latter’s Hollywood career after the movie star initially refused to sleep with Detective Gaffey (Tracy Waterhouse). The LAPD detective told Terrence that she would declare Sophie’s (Andrea Stefancikova) death “case closed” if only he would be able to convince Kyle (Josh Henderson) to go to bed with her. Despite his strong disapproval, Kyle ultimately followed Terrence’s command. After all, Kyle owes everything he has today to Terrence.

Meanwhile, as Terrence embarks on a journey of introspection, Megan is accompanied by Kyle on a trip to her hometown to officiate her best friend’s wedding in next week’s episode.

During a conversation with the bride Tessa (Brea Grant), Megan finds himself opening up about his relationship with Kyle.

“So how serious is it between you and Kyle?” Tessa asks Megan in the trailer.

Although Megan replies that their relationship is “serious,” she admits that they are not yet talking about their future together. “[We are] just figuring each other out,” she says.

When Tessa asks why Megan is noticeably not excited about what the future holds for her and her boyfriend, the up-and-coming actress says: “Sometimes I just have this feeling like so much could go wrong.”