“Flip or Flop” star Tarek El Moussa has been open about his battle with thyroid cancer, taking to social media regularly to post about his journey along with inspirational quotes. However, in a major reveal during an interview with the “Today” show,... 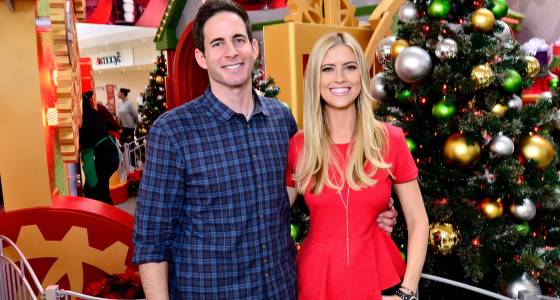 “Flip or Flop” star Tarek El Moussa has been open about his battle with thyroid cancer, taking to social media regularly to post about his journey along with inspirational quotes. However, in a major reveal during an interview with the “Today” show, the star told fans that he had also battled testicular cancer at the same time.

The news came soon after El Moussa’s estranged wife Christina El Moussa appeared on a segment of “Good Morning America” and talked about how the former couple were working on co-parenting their children.

“I thought I was going to die,” El Moussa said during his appearance. “I thought I was rotting inside….Literally a month after I found out I had thyroid cancer, I was at the hospital, and they said ‘Hey, I hate to tell you…you have testicular cancer.'”

While he had maintained silence over the testicular cancer in the past, he said he was ready to talk about it to “to make people aware of it.” He also took to social media last week to post a picture of a "Flip or Flop" crew member who was also battling cancer.

Just last month, El Moussa, 35, had posted a screenshot of his conversation with his doctor, who declared him cancer free.

“Having cancer is a very scary thing,”  El Moussa wrote in a post on Instagram. “I always get nervous going into each check up and today I got GREAT news!! Having no thyroid and balancing medications is tough! I'm finally at UCLA and I'm on the right doses of medication.. People don't know but I was very over medicated with rapid heart rate and palpitations to the point where I wore a heart rate monitor... It really messed me up but today everything is dialed and I finally feel great after 3 years!!”