There it was again Thursday, in the second paragraph of Gov. Bruce Rauner's statement in response to the passage of a strike authorization vote by members of the American Federation of State, County and Municipal Employees, the union that represents nearly... 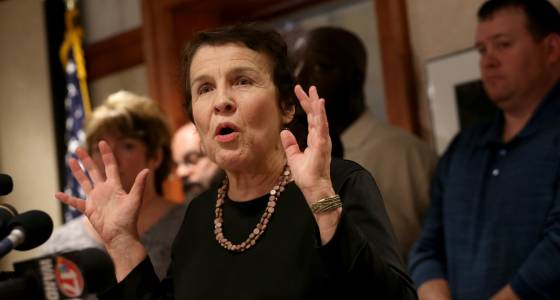 There it was again Thursday, in the second paragraph of Gov. Bruce Rauner's statement in response to the passage of a strike authorization vote by members of the American Federation of State, County and Municipal Employees, the union that represents nearly 40,000 state employees:

"AFSCME leaders would rather strike than work 40 hours a week before earning overtime," said the statement. "They want to earn overtime after working just 37.5 hours per week."

This echoed a complaint Rauner has raised seemingly every time the subject turns to his lengthy standoff with the union — in his recent State of the State and budget addresses, for example, and during his recent appearance before the Tribune Editorial Board.

"What a shocking idea," he quipped to reporters last November. "Instead of a workweek of 37.5 hours, let's do what every taxpayer has, a 40-hour workweek. How about that?"

Well, how about it?

Talking points don't get much crisper and high-concept than suggesting that unionized state employees aren't really doing a week's work for a week's pay.

AFSCME's response to Rauner's challenge is comparatively nuanced but goes something like this:

Employment schedules vary, but about 20,000 full-time technical, clerical and paraprofessionals at state agencies work the equivalent of a classic 9-to-5, five-day week, clocking out each evening eight hours after they clock in.

That's 40 hours. But because they get a half-hour lunch break and because that lunch break is not considered paid time, their workweek is technically just 37.5 hours.

Voting began Monday Jan. 30, 2017, for AFSCME members on whether or not to authorize a strike. They were voting in Chicago and elsewhere in the state.

Voting began Monday Jan. 30, 2017, for AFSCME members on whether or not to authorize a strike. They were voting in Chicago and elsewhere in the state.

When supervisors ask these workers to stay late or come in early to meet job demands, the union says that time-and-a-half overtime pay should kick in because they are working hours beyond those for which they were scheduled.

"These schedules were the practice in place when AFSCME came to represent state employees some 40 years ago," union spokesman Anders Lindall told me.

He forwarded research from the union's national office showing that in 19 other states, many AFSCME members have overtime arrangements similar to the arrangement in Illinois — or that, same difference, their half-hour lunches count as paid time.

The Rauner administration contends that when these union members put in extra time, they should be paid at their normal rate for the first 2 1/2 hours of extra work, and get overtime pay only when their total number of hours for the week exceeds 40.

Administration officials point out that many other state union contracts — with organized bricklayers, carpenters, electricians, operating engineers and Teamsters, to name just the contracts I personally reviewed — specify daily work schedules that end 8 1/2 hours after they begin. This allows for a half-hour unpaid lunch.

Is this standard that Rauner wants to impose on AFSCME equivalent to the deal had by nearly "every taxpayer" who works a full-time hourly job, as the governor implies?

It's hard to be sure. The U.S. Bureau of Labor Statistics says the average workweek is about 35 hours, while Gallup Organization surveys show the self-reported average workweek for Americans is about 47 hours. Anecdotally, most of the people I've checked with, including hourly employees here at the paper, say their 40-hour workweeks don't include lunch breaks, suggesting that, the cliche notwithstanding, "9-to-5" is no longer the most common workday.

Either way, it's not much more than a rounding error when you consider that our total of unpaid bills is expected to reach $15 billion by July, resulting in $700 million in interest payments alone.

Still. AFSCME should knock over this pawn.

Rather than holding out for the idea that overtime should begin after 37.5 hours or trying to use it as leverage down the line, the union should unconditionally concede it as a show of good faith to the public if not to the governor as the countdown to a strike begins.