Sherri Papini, the once-missing California mom whose mysterious disappearance captivated the nation last November, has been struggling since her return to her husband and kids. That's according to the anonymous donor who offered a reverse ransom... 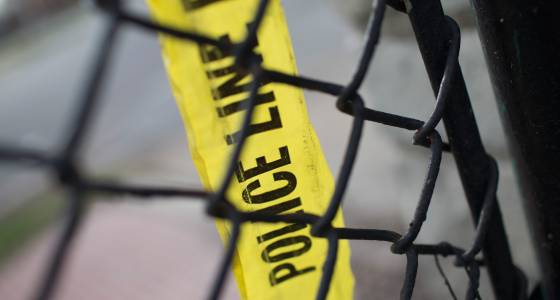 Sherri Papini, the once-missing California mom whose mysterious disappearance captivated the nation last November, has been struggling since her return to her husband and kids. That's according to the anonymous donor who offered a reverse ransom for Papini last fall and recently spoke to "Crime Watch Daily with Chris Hansen."

The donor, whose identity has still not been publicly confirmed, was set to be featured in an episode of "Crime Watch" Tuesday. A taped interview will air and reveal "how he got involved, his thoughts on what he thinks happened and how Papini is coping," according to a news release. But a media clip of the episode gave a preview showing the donor speaking about Papini's condition.

"She's having a tough time. She can't be around any strangers," he said. "She's seeing some counselors a couple of times a week, and she is just struggling."

The donor was just one part of a case that's fascinated Californians and amateur sleuths alike ever since Papini vanished Nov. 2 while on a jog in Redding, leaving her kids at day care and her husband concerned. Keith Papini gave several interviews about his missing wife and the evidence left behind — including a pair of earbuds and her cell phone — before she turned up, beaten and still in restraints, on the side of the road miles away on Thanksgiving Day. Sherri Papini told investigators she'd been kidnapped by two Hispanic women.

Since then, the Papinis have backed away from the spotlight, and police haven't released many updates. But questions have persisted about her story, the suspects and the donor, who coordinated with hostage negotiator Cameron Gamble to offer a $100,000 reward for the woman's return.

With his face obscured and voice disguised, the donor said in the Hansen interview that he didn't initially know the Papinis but felt compelled to get involved in her abduction. "It seemed to me that, you know, here's a girl who's got two little kids and got a husband at home crying, and I just visualized what that life was like and felt like, you know, 'Let's see if we can be creative here,'" he said.

The donor also hypothesized, as experts have, that Papini was likely taken in connection with sex trafficking. He said he did not think her disappearance was a hoax.

"I am very, very good at reading people, and one of my gifts is the gift of discernment, and I definitely believe she was abducted," he said.

See the full interview Tuesday, and read a timeline of the Papini case here.