It’s been two years since “Shenmue” developers teased about the game’s third installment at E3 2015. This week, new details about the open-world action adventure series by Ty Suzuki have surfaced thanks to an insider who has information on what Atlus... 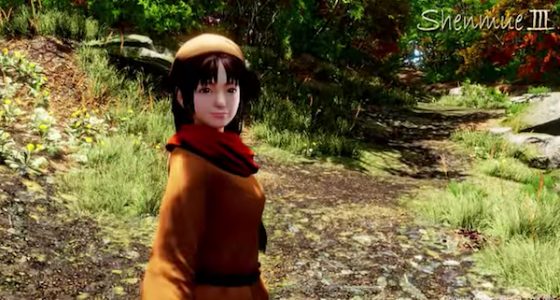 It’s been two years since “Shenmue” developers teased about the game’s third installment at E3 2015. This week, new details about the open-world action adventure series by Ty Suzuki have surfaced thanks to an insider who has information on what Atlus USA is currently working on.

According to Rice Digital, it has spoken with the insider recently and it was found out that the video game company is preparing to launch “Shenmue HD Remaster” Episodes 1 and 2 this year. The release of the enhanced versions of the first two installments is expected to prepare players and build the hype over the release of “Shenmue 3” in 2018. Interestingly, “Shenmue 3” is slated for release on PS4 and PC this December, which does not corroborate this new information.

While some would quickly brush off this new information as hearsay, there is one good reason to believe the blog for the author of the story about was the same source who correctly predicted the existence and release of “The King of Fighters XIV.” Also, there had been instances when Sega hinted at remastered versions of the first two games.

In 2016, Sega already gave fans a clue that a remaster of “Shenmue” was in the works. The company even registered the domain ShemueHD.com and ShenmueRemastered.com back in January, as per Gematsu. Not only that, there were already details about a remaster as far back as 2010. That year, a “Shenmue 2 Remaster” surprisingly appeared on the online ecosystem for Xbox 360 dev kits called Partnernet.

The remastered versions of “Shenmue 1” and “Shenmue 2” are expected to be released together and not separately. It is also very likely for the games to release on PC/Steam first before they could land other platforms based on the latest reports. The release of these two games will be instrumental in the success of the third installment, though the latter already received a lot of support from longtime fans via Kickstarter.

When developer Ys Net launched the Kickstarter campaign for “Shenmue 3,” it was only hoping to accumulate $2 million. However, the 69,320 backers surprisingly pledged more than $6 million for the game to launch. The whopping amount even unlocked several stretch goals including the “Shenmue 1” and “Shenmue 2” Cinema Shorts, Rapport System, Baisha Village Expanded Mini Games and the Battle System Expanded Advanced Free Battle, among many others.