Some of the world's best surfers are calling on the French government to kill sharks near Reunion Island after an eighth person was killed there in six years. Kelly Slater, an 11-time world champion, and Jeremy Flores, a surfer who grew up on the island,... 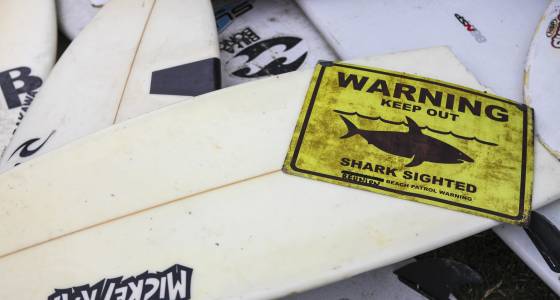 Some of the world's best surfers are calling on the French government to kill sharks near Reunion Island after an eighth person was killed there in six years. Kelly Slater, an 11-time world champion, and Jeremy Flores, a surfer who grew up on the island, said French officials must do more to curb attacks from aggressive bull sharks, the Guardian reported Friday.

“I won’t be popular for saying this, but there needs to be a serious cull on Réunion and it should happen every day,” said Slater. “There is a clear imbalance happening in the ocean there. If the whole world had these rates of attack nobody would use the ocean and millions of people would be dying like this. The French government needs to figure this out ASAP.”

Sharks represent a major crisis for Reunion, located east of Madagascar and home to about 850,000 people. Surfing is banned across the island except for on two beaches guarded by anti-shark nets. But because the island's waves are known as the best in the world, surfers still brave the local waters.

In all, 22 people have been the victim of sharks attacks near the island since 2001. The animals are known by local surfers as “war machines.”  Part of the problem, critics argue, is that hunting sharks on Reunion for food is banned because their flesh is containated with a toxin that can cause death. That policy has allowed the animals to thrive, locals say.

To be sure, shark attacks are a growing global problem. In 2015, there were 98 attacks, including six deaths, a world record. In 2014, there were only 72 attacks. The uptick was driven in part by warm water from El Niño and global warming, according to officials.

For Reunion Island surfers, the recent call to cull sharks came after Alexandre Naussac, a 26-year-old body boarder, was killed this week by a shark attack. The animal bit through a major artery in his leg. He was surfing in a zone where water activities were banned.

“Things are getting really serious and we are tired of crying [for] our brothers,” said Flores. “People are dying one after another and for some this sounds normal, but it really isn’t.”

French officials already catch and kill about 100 sharks a year near the island. And conservationists argue killing more sharks would hurt the local environment.

“It’s insane,” said Ken Collins, senior research fellow at the United Kingdom's National Oceanography Centre in Southampton. “There is a hierarchy in the natural world for a reason. If you kill all the sharks and the lions, the world would be a poorer place. Who has a God-given right to be in the ocean – the sharks or the surfers? I side with the sharks.”

“There are so many sharks in the water, it is traumatic,” said Gilbert Pouzet, 55, who has surfed in Réunion for 30 years. “Sometimes, I go down to the waves and I am not sure whether to go in the water or not; 80 percent of the time I go back home. Most of the time they strike from the side and take your hip and leg. They sever the femoral artery so you bleed to death in two minutes. The tiger shark will sometimes take an arm or a piece of leg and go away. But the bull shark becomes mad and finishes you off. When the bull sharks attack, they come to kill.”