Famagusta 10°
clear sky
BUSINESS EDUCATION ENTERTAINMENT HEALTH POLITICS SCIENCE SPORTS TECHNOLOGY
10:22 Four Benefits of Hiring a Dedicated Development Team
04:48 Mark Kelly, President of Safety Marking Inc., Discusses Structuring Effective...
17:58 Trump wants to play golf at the Biden swearing-in in Scotland - but is...
17:54 First doubts Regarding tightened Steps: two National Countries Extract...
10:39 Covid-19 : in France, the end of containment and entry into force of the...
04:34 The schools of Rome will use the Internet with light bulbs: what it is...
10:58 Kratom Tea: How Is It?
11:46 Office Furniture Products for you!
12:17 Top Clubs, Their Value, Revenue And Current Standings
11:14 Reasons Why Rewarding Yourself is a Good Practice
BIST
1524
GOLD
438.884
USD
7.4448
GPB
10.1464
EUR
9.0064
Breaking News
Why Do We Prefer to Game on Our Smartphones?
Close

A guide book for slave owners published in 1850 provided guidelines on how to produce the "ideal slave." These guidelines can be broken down into three basic words: fear, submission and helplessness. Currently the Pennsylvania Association of School... 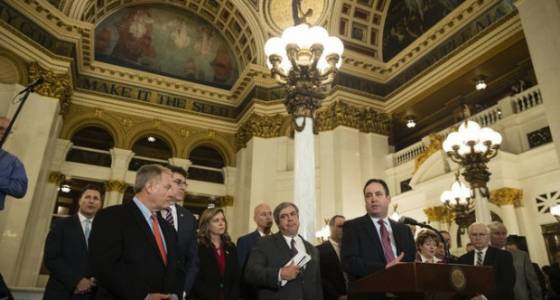 A guide book for slave owners published in 1850 provided guidelines on how to produce the "ideal slave." These guidelines can be broken down into three basic words: fear, submission and helplessness.

Currently the Pennsylvania Association of School Business Officials is circulating property tax elimination "talking points" through its vast statewide network of officials and school administrators. Filled with falsehoods, half-truths and lies by omission, these talking points are meant to accomplish one thing - instill fear.

To further instill this fear, the 2017 PASBO fear-mongering tour has commenced in Pennsylvania. One leg of this tour stopped in York for a 40-minute presentation. State Sen. Mike Folmer, R-York, a staunch supporter of the Property Tax Independence Act, was allowed a whopping seven minutes to respond. Community members were only allowed to submit questions on index cards which were then hand picked by a moderator. No public comment was allowed. Inevitably, those in attendance attempted to voice concerns but were ultimately left helpless when the event was promptly shut down.

I believe that "well-oiled machines" are attempting to control the narrative leading up to a vote on the Property Tax Independence Act. Fear is the first line of defense in maintaining that control.