Samsung has confirmed the Galaxy S8 will be announced March 29. The manufacturer shared a teaser for an upcoming Unpacked event during its Mobile World Congress press conference Sunday.The announcement confirmed long standing rumors about the Galaxy S8 launch.... 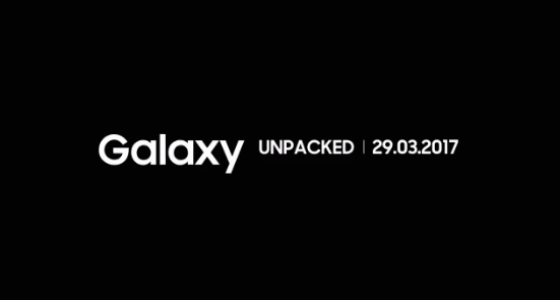 Samsung has confirmed the Galaxy S8 will be announced March 29. The manufacturer shared a teaser for an upcoming Unpacked event during its Mobile World Congress press conference Sunday.

The Galaxy S8 is expected to be available for preorder starting April 13 and with a release date on April 21.

Samsung recently announced its Exynos 8895 chip, which is expected to power some Galaxy S8 models. Other models are expected to feature the Qualcomm Snapdragon 835 chip.

Samsung discussed during the MWC 2017 press conference, its partnership with AKG for the Galaxy Tab S3 speakers, also hinting that AKG headphones would ship alongside its upcoming flagship phone. Rumors have suggested the Galaxy S8 may come with wireless headphones as opposed to the standard Samsung wired headphones that usually accompany each handset.