David Ignatius By David Ignatius WASHINGTON -- One of the most startling allegations in a January report by U.S. intelligence agencies about Russian hacking was this sentence: "Russia has sought to influence elections across Europe." This warning of a campaign... 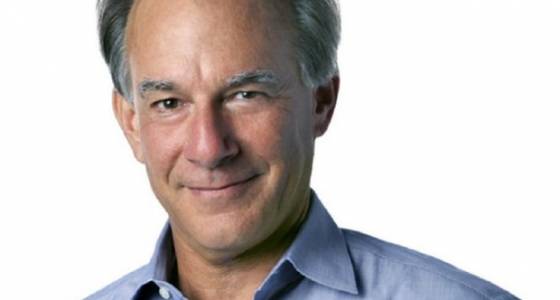 WASHINGTON -- One of the most startling allegations in a January report by U.S. intelligence agencies about Russian hacking was this sentence: "Russia has sought to influence elections across Europe." This warning of a campaign far broader than the U.S. got little attention in America.

We may be missing the forest for the trees in the Russia story: The Kremlin's attempt to meddle in the 2016 U.S. presidential election is part of a much bigger tale of Russian covert action -- in which Donald Trump's campaign was perhaps a tool, witting or unwitting. This secret manipulation, if unchecked, could pose an "existential threat" to Western democracy, argues Gerard Araud, France's ambassador to Washington.

The investigations begun by the FBI and Congress hopefully will reveal or debunk any connections between the Trump team and Russia's hidden manipulators. A larger benefit is that these inquiries will bolster trans-Atlantic efforts to reclaim the political space the Kremlin is trying to infiltrate. Russian Foreign Minister Sergey Lavrov said last weekend in Munich that the world is entering the "post-West" era. Unless the U.S. stands solidly with its allies, Lavrov's claim may prove accurate.

The Russians are masters of what they call "active measures" in the "information space." Their intelligence services have been using "fake news" and stolen information for more than a century to try to manipulate Europe and America. What's different now is that the power of digital technology allows intelligence agencies to alter the very landscape of fact.

The assault on America's elections signaled a "new normal" in Russian influence operations, warned the U.S. intelligence community on Jan. 6. "We assess Moscow will apply lessons learned from its campaign aimed at the U.S. presidential election to future influence efforts in the United States and worldwide, including against U.S. allies and their election processes."

Let's look at Germany, which faces parliamentary elections in September. The German government told the Bundestag in a Dec. 22 report that German computer networks were hit once a week last year by foreign intelligence services.

The German government warned "there might be a Russian cyberattack on the federal election in Germany" this fall, based on the U.S. 2016 campaign, and cautioned that the Bundestag itself was "the focus of Russian intelligence interest." The report found a direct Russian role in attacks last May and August on the Bundestag and German political parties, which it attributed to malware known as "APT 28," identified by the FBI as a Russian hacking tool.

Bruno Kahl, the head of Germany's intelligence service, was blunt about the foreign hackers' aim. "The perpetrators have an interest in delegitimizing the democratic process," he told the newspaper Sueddeutsche Zeitung in late November. Hans-Georg Maassen, head of Germany's FBI equivalent, told the paper: "Recently, we see the willingness of Russian intelligence to carry out sabotage." And beyond these cyberattacks, Russia has a vast array of business supporters and fixers in Germany who regularly press Moscow's case, according to a November report by the Atlantic Council.

France offers a similar opportunity for Russian political manipulation in its presidential election this spring. A Moscow-based bank loaned money to the party of right-wing candidate Marine Le Pen in 2014, according to the Atlantic Council. Le Pen is openly pro-Russia in her policies.

Russia was apparently behind a devastating April 2015 hack against cable news channel TV5 Monde that was linked to the APT 28 software. And last October, the French intelligence service briefed political parties about hacking threats, according to Le Monde.

French journalists suspect a Kremlin hand in recent rumor-mongering about Emmanuel Macron, the leading anti-Russian candidate in the presidential election. Macron's top aide claims attacks on the campaign's website "are coming from the Russian border," but he didn't offer direct evidence. Russian propaganda outlets have published stories suggesting that Macron is gay.

The trans-Atlantic alliance has survived nearly 70 years of Russian manipulation, but it's fragile these days. That's why Americans should care if a shady Ukrainian parliamentarian tried to use Trump business associates to deliver a pro-Russian peace plan to the White House last month, or if Trump boasted in 2013 about meeting "almost all of the oligarchs" at a dinner in Moscow that year, or about news reports alleging Russian contacts last year with Trump's campaign.

So pay attention: The hacking issue isn't a "ruse," as Trump claimed last week. This is how Russia tries to subvert politics -- boldly, secretly, and often corruptly. They're good at it. If America and its allies don't resist, a post-West era may indeed be next.